To A Man After My Own Heart: William Lloyd Garrison 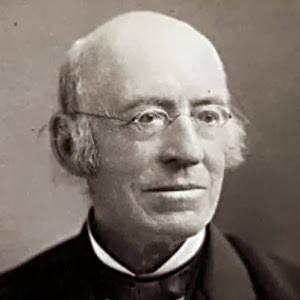 "Kudos to the Episcopal Church for honoring a (sort of) secular (sort of) saint by celebrating today as the feast day of William Lloyd Garrison.

Garrison seems to have been a difficult person to like, but an easy person to hate. That’s partly because he was a prickly, vituperative writer and speaker who did things like burn copies of the Constitution, condemning it as 'a Covenant with Death, an Agreement with Hell.' He wasn’t wrong about that. He wasn’t wrong about much of anything.

That’s the problem with Garrison — he was right. The prickly bastard was right. Would he have been more effective if he’d been more winsome, less confrontational, more savvy as a politician? Maybe. Maybe not. We can’t be sure about that either way. But we can be sure of this: he was right, while those he fought against were utterly, horribly, monstrously wrong."