When The New Republic WAS A Great Magazine 2 Read 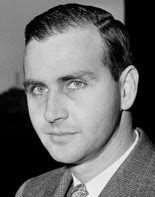 Why - since it served so much racist conservatism - is The New Republic referred to as a "liberal" magazine? Because it once was:

There was a time in TNR’s earlier history when the magazine was famous—or infamous in some circles—for the race articles by its firebrand Managing Editor demanding immediate and full racial equality. That man was my father, Thomas Sancton (Sr.), who served as M.E. from 1942 to 1945.

During those years,  Sancton published dozens of articles denouncing segregation and taking to task the timidity of most other liberals on the race question. I can’t say whether his personal passion for racial equality represented TNR’s editorial position at the time—the main focus then was on the war against Hitler—but Sancton took advantage of his rank to place his own articles in the magazine throughout his tenure. “I controlled the pages,” he once told me, “so I could publish whatever I wanted.”


Sancton was almost unique among southern liberals for his radical stand on the race question. Among other things, he wrote about lynchings, race riots, the so-called Negro Press, the work of black writers, the northward migration of southern blacks. He even called FDR to task for not speaking out against segregation and racial discrimination, an article that Eleanor Roosevelt herself promised to “bring to the attention of the President.” He befriended prominent black intellectuals, including W.E.B. Du Bois, Ralph Ellison, Langston Hughes, Roi Ottley, Henry Lee Moon. His race articles were denounced on the floor of the House of Representatives by the segregationist congressman John Rankin—a call-out that he wore as a badge of honor—and attracted the attention of Henry Luce, who hired him away from TNR to write about racial issues for LIFE.

And Mr. Sancton's fine dedication to blacks - and America - is a wonderful example of why the word "whites" is, today, said in quotes,...