Untouchable - unlike almost everybody else, with black skin, stuck with the "not as crazy"


When Chris Rock recently said “White people were crazy. Now they’re not as crazy," all he was saying was something many blacks say every day. But with his money and platform, unlike poor blacks, Rock can't be shunned, punished, fired, or anything else the "not as crazy" will do in 2014, that further reveals them as,...well, crazy. Here's another white behavior he got away with ratting out:


”We treat racism in this country like it’s a style that America went through. Like flared legs and lava lamps. Oh, that crazy thing we did. We were hanging black people. We treat it like a fad instead of a disease that eradicates millions of people." 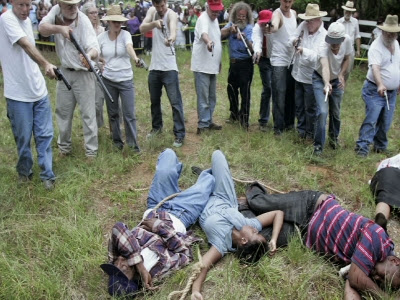 "These white's kids are going to make GREAT neighbors for blacks!"


Yep. Centuries of murdering black American citizens - and our relatives - with no punishment, for anyone, because the country was into it? No big deal. Blacks should've gotten over that, and should feel perfectly comfortable with whites by now, right? If you said "Yes," I've got news for you: only a crazy person would think so. Which is "not as crazy" as your forefathers, but still pretty nuts. 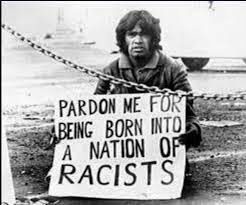 Is he out of a job for having a "bad attitude" - or sharing Chris Rock's outlook?


But here's the thing: in the real world, "not as crazy" whites can, and do, retaliate when poor blacks dare to speak these truths - and there's no Civil Rights laws protecting those blacks (against whatever evil whites choose to further perpetuate) under those circumstances. The whites choose to destroy black lives and consider themselves "colorblind" racial warriors for doing so - which is waaay more crazy than most poor blacks can handle. 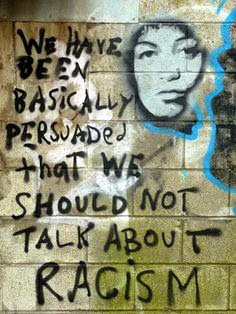 
Right now, blacks hardly talk to whites at all, simply because we know what they can do, will do, and have done - from personal experience. Tell a "not as crazy" white "friend" about the writing of Ta-Nehisi Coates and, if they feel bad about it, we also have to watch our backs for the results of their "not as crazy" emotional upheaval: maybe they'll start spreading a rumor the poor black is now a racist, or the "not as crazy" whites will begin changing the terms of a make-or-break deal for the poor black (ensuring the poor "racist" black can't succeed) or any number of other options at their disposal from the perch of white supremacy and privilege. 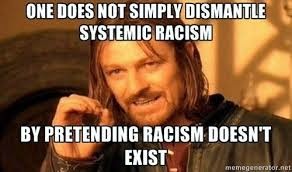 Forcing the non-crazy into reasoning with the insane is insane

Considering they outnumber us 6 to 1, and most blacks have several white friends (as compared to the average white's one black associate) that's multiple cases of "not as crazy" blow-back a poor individual  must contend with absorbing, merely for speaking to your fellow well-moneyed citizens honestly.


"To say that black people have made progress would be to say they deserve what happened to them,..." 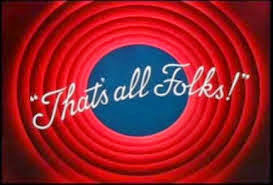 White people are still crazy - and, maybe, just as evil - as they have always been


Oh well, unless they're a cop, at least the "not as crazy" can't just outright kill us any longer,...