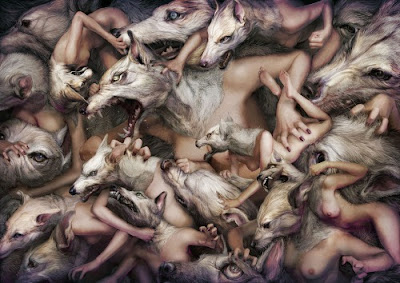 Some people are supportive of, and excited by, the cops going rogue - rather than doing as they're told


“It must have slipped mayor DeBlasios mind that these are the same people in charge of his personal security. Ain't nobody takin a bullet fer hishonor now.”


- "Rusty," on the Althouse blog, commenting on the news NYC police officers have dis-invited the mayor to their funerals

It's always reassuring to discover there are people in this place who are willing to give police so much power they can do almost anything - including shirking their duty. Anything that confirms the worst gives me hope these days.

"To Protect And To Serve" seems to be, not the central idea behind the officer's profession, but almost an afterthought. And one needing "except when I'm pissed" added to it. But then I get it: as a "calling," with it's history stretching back to slave catching, we are dealing with a much more complex animal than "Rusty" (or most others) appear to appreciate.


“When encountering the cops, no matter what the circumstances and even if you think the police are in the wrong, cooperation with their wishes is not only smart, it’s the law.”


- Rick Moran, sounding as oblivious as ever in the face of blacks, history, and our many necessary responses to America's never-ending capacity for writing, and attempting to enforce, unjust laws

Ah yes, "the law," those bullshit things that swing this way and that with the tide of white fears, drowning black lives in their wake - leading to what? Civil disobedience, that's right. Which is what's getting a lot of people killed. You call it crime, and I call it people knowing their lives were snatched long before an officer ever encountered them and, somehow, weren't settling for it. Their "problem" is breathing in the wrong place. 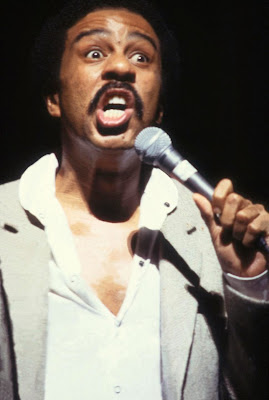 Different faces - but the same message of freedom - spanning centuries


“I don’t have to censor myself to make you comfortable. If you haven’t made anyone uncomfortable by what you have to say, then you aren’t being real. You’re not telling the truth. I’m not here for respectability politics. I don’t give a shit. What I care about are my black people.”

The NYC Police Officers are waaay out of line. They're in a tough position, but (unlike blacks) they put themselves there, and - whatever policing is today - it's not a podium for expressing their feelings. They are public servants. Not a cult. Not a gang. Not some stand-alone entity that just gets to tell us what to do. They serve the people and not the other way around.

It's pretty clear they don't understand that, if they ever have. It's pretty clear "Rusty" isn't clued in. It's pretty fucking obvious that, by introducing history and ethics to the experiment, many such people might also be determined to lose their fucking minds. And they would be the folks with the guns.

The slave patrols, insisting they've always been the good guys, everybody - everybody - can trust and rely on. Nobody's going to buy that. It's another white historical racist clusterfuck with blacks at the center:

It's time for reparations - and fast.

Because the police can't fix, or answer for, what the country won't deal with,...