Blacks Suffer While Whites Make Up Their Minds On It 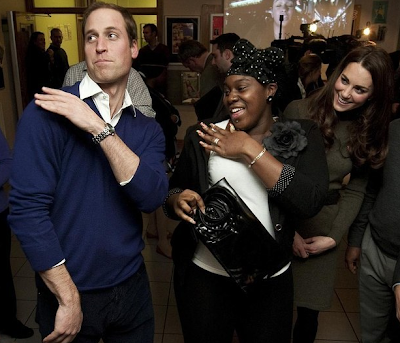 A white "prince" - who will never have to work - and a black American citizen who (like every generation of her family) will, pretending they're similar (and he's charming) merely because he's grasped the meaning and flavor behind one of our cultural hand gestures


"We literally have two criminal justice systems in America - one for whites and one for blacks."

This blog started in a strange place: a black man loses his wife, career, and possibly his mind, to the influence of cultism in American society. 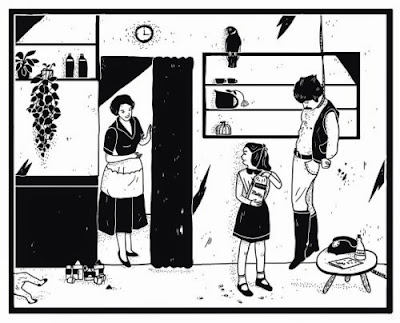 Feminism is a part of that, one I flashed upon when reading P.J. O’Rourke’s recent piece on Lena Dunham and her TV show, Girls:


“Ms. Dunham is 28. I was under the impression that ‘girls’ is a demeaning term for adult women. The title must have something to do with this hipster ‘Irony’ thing, which I confess I don’t understand. The root of the word irony is in the Greekeironeia, ‘liar.’” 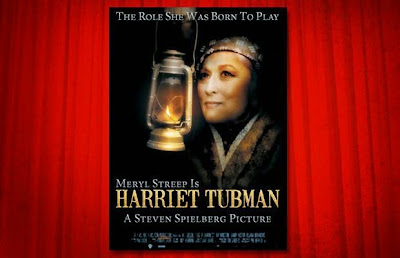 Cultism, as I first knew it, was a so-called “spiritual” phenomena of the white Left. Growing up black in South Central, Los Angeles, voting Democrat was all I’d ever known. I started asking why; especially why Democrats were involved in the destruction that undergirds their ideals.


”One group of people in this country can expect the institutions of government to bend in their favor, no matter that they are supposedly regulated by impartial law. In the other, children, fathers, mothers, uncles, grandfathers, whole families, and many generations are swept up like rubbish by the hard, unforgiving hand of the law.


...Some people rationalize that it was unfortunate, but not altogether disturbing, that Michael Brown was put to death without due process because, after all, he allegedly took some cigarillos from a corner store. But who went to jail for the mortgage fraud that robbed his community and other black communities around the country of 50 percent of their wealth?"


"Imagine if one day you woke up and the sky was on fire, and the stars were out in the daytime,..." 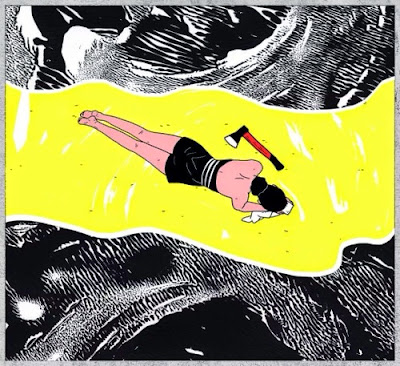 Kids, like puppies and blacks, are poor and defenseless - you can kill them


“Some residents think Knowles simply does not fully understand the problems Ferguson faces. One of them, Charles Henson, points to the mayor’s August comment that there was no racial divide in the city of Ferguson. (Knowles later walked back that statement.) ‘I’m just not sure he totally gets it all and understands exactly what needs to change,’ Henson says. ‘A lot of people are meeting . . . but the administration has to change as well — their position, ideologies, training, that kind of stuff.’” 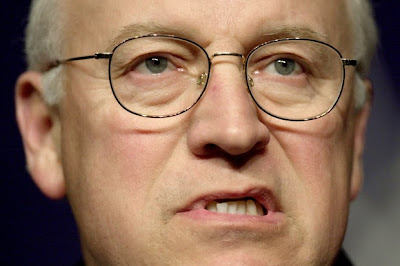 Trayvon Martin’s death brought laughter on the Right, drawing a bright red line around them, I will not cross. They, too, are liars - and also of the kind to destroy me, while shooting at shadows. Not only that, but their religious and political fanaticism easily surpassed the more sex-and-death perversions of the Left’s NewAge cultism, in the politics and person of Mitt Romney, leaving no doubt that, once again, I would be PTSD-repelled by the people around me. 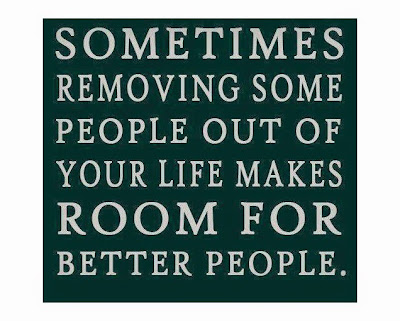 These folks, too, are whiter-than-white. My options, for living under white supremacy, were shrinking. And something was going on. 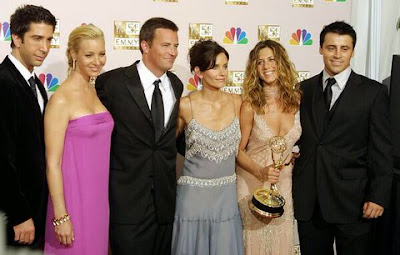 Their rise was inexplicable,...until someone admitted they sucked


“Both political scientists, Nyhan and Reifler have spent the past several years studying what they call the ‘backfire effect,’ or the idea that when presented with information that contradicts their closely-held beliefs, people will become more convinced, not less, that they’re in the right. In one study, when staunch conservatives read information refuting the idea that the U.S. found weapons of mass destruction in Iraq, they tended to believe more firmly than before that it was true; the researchers saw similar effects in studies correcting the notion that President Obama is Muslim and the claim that ‘death panels’ were a part of healthcare reform.


From there, vaccination seemed like a logical next step in their research, Nyhan said: ‘Vaccines aren’t a partisan or ideological issue, but they’re controversial. They bring up issues of identity and tribalism that feel a lot like politics,’ he explained. ‘I have kids, and talking about vaccines on the playground is like bringing up religion,…’”

Over the years, this “backfire effect” has reduced the blog to no longer researching much of anything, but simply trying to navigate this unstable terrain of viciously backwards thinking in the modern world, for self-preservation - and we're losing. I’m cool with that: I don’t support what I don’t like anymore than anyone else will. But I still need facts.


With even one parent, nearby, a black *might* have had a chance

I’ve never had credentials for protection - just my fists. But defending myself is a crime, just as Richard Williams was “crazy” in white folks’ estimation. He defeated them all with his brand of crazy. 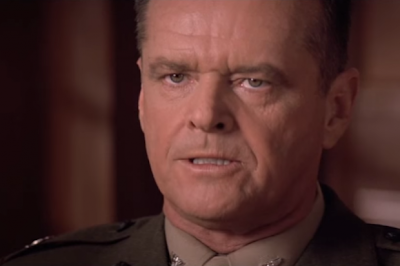 "You can't handle the truth" was the classic backfire effect


I've always found it rather amazing to hear respectable conservatives pining for the days of William F. Buckley, whom they see as the epitome of the sober conservative intellectual. This is hard for me to take. This is the same Buckley who backed segregation, backed Apartheid, and greeted the Civil Rights Movement by saying, "The great majority of the Negroes of the South who do not vote do not care to vote and would not know for what to vote if they could."


The problem extends back to the Civil War, where conservatives have long enjoyed a cozy alliance with people who insist the Civil War wasn't about slavery, that it was prosecuted by a tyrannical Lincoln, and that black people fought for the Confederacy in untold numbers. It's telling that the Republican Party's idea of an alternative candidate was Ron Paul—the ultimate Lost Causer, who denounces Lincoln as a man who went to war to "get rid of the intent of the republic."


Among historians of the Civil War, the sort of views expressed on the right have zero currency. If you really believe, as Paul does, that the Civil War wasn't about slavery, you should expect about as much respect among the experts of the war as global warming denialists receive from those who study climate change.” 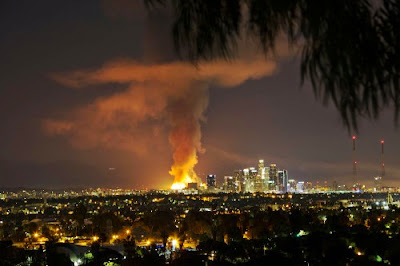 Realizing you're wrong - and admitting it - are two totally different things

Nobody, worth anything, pays them any mind.


Many men, in particular, have decided that low-wage work will not improve their lives, in part because deep changes in American society have made it easier for them to live without working. These changes include the availability of federal disability benefits; the decline of marriage, which means fewer men provide for children; and the rise of the Internet, which has reduced the isolation of unemployment. 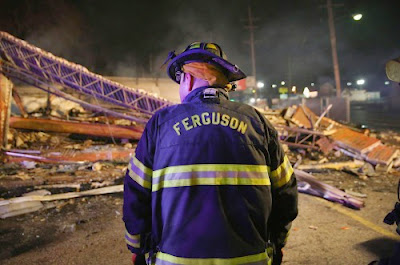 Nobody else has to care, if you don't care about anybody else

Let them figure out where they went wrong. If they can figure at all.


“‘In 2012 the state supreme court struck down any law banning loud music,’ he says. ‘I knew that because it was a case I had actually studied in law school.’

Garzon grew angry, though, when Baldelomar told him that fact. He called over two other cops,…” 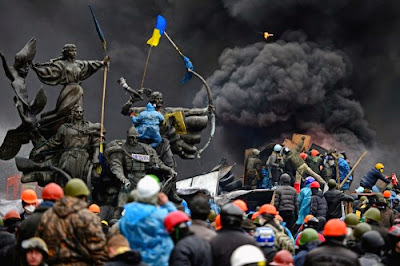 Burning civilization down only hurts those who deny it to others

I exist in a world, today, that - literally - has no use for facts. And that draws trouble closer for presenting them. 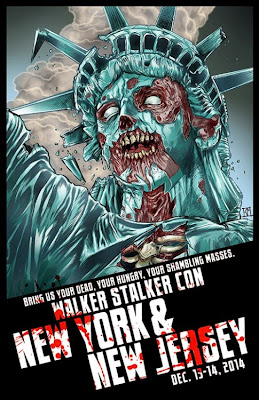 Zombie-love is a prelude to life without thought 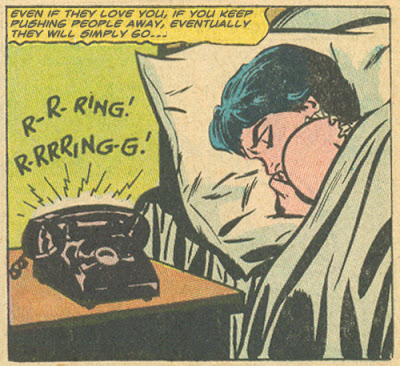 A life without love

Being in America makes no difference. All I’ve “learned” is whites - no matter what their political or religious affiliation - are not to be trusted. 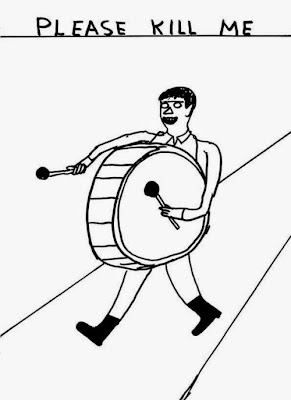 A life without life 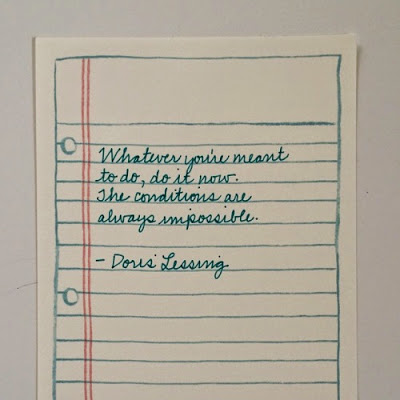 9-11 wasn’t “the end of irony”. The lying continues. It’s practitioners are the white, the rich, and the famous.

Everything else - and everyone else - can burn,…