And That Goes For The Adultery Too

"He is Gay Marriage Sam, so he has no choice but to try to make it as respectable and as apple pie as possible."

-- Willie Brown, former mayor of San Francisco, on the issue of gay marriage in California - and Gavin Newsom's reputation - in the San Francisco Chronicle. 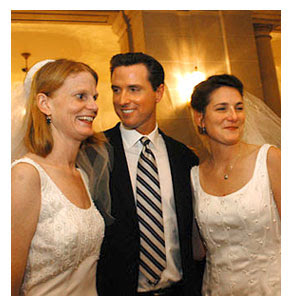 I don't know if the California Supreme Court overstepped it's boundaries or not (I haven't read it's verdict) but I do know - if you're gay and serious about marriage - having a standard bearer who slept with his best friend's wife (and is, apparently, always on the make) ain't a good sign of it. 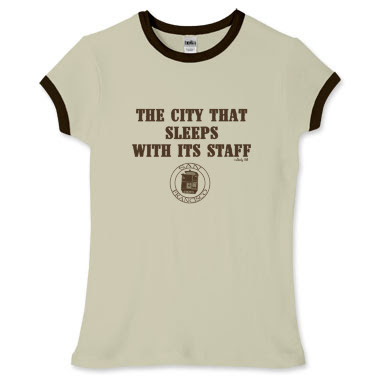 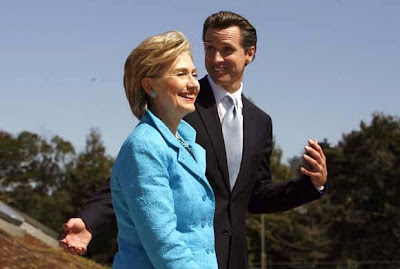 They must, because they party like it's 1999 every time something like this happens (forgetting the politics of primaries are completely different from the politics of general elections) while their glaring hypocrisy is steadily presenting the rest of us with a picture that is, definitely, coming into focus - long before November - and it ain't pretty. 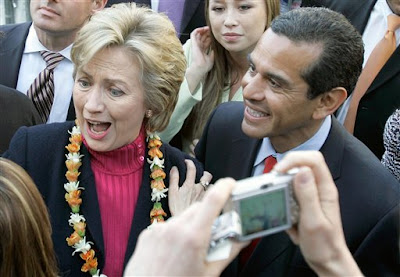 The two largest cities in California, both, have mayors (that's L.A.'s above) who showed an extreme lack of sexual impulse control in office. That's not going to sit well when they run for higher office. People in San Francisco may have a laugh about their mayor's transgressions - "an elected official who revels in being a pariah" - but citizens of (the much larger and more conservative) Los Angeles do not. 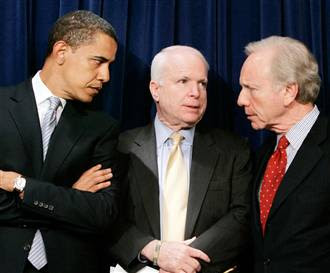 Barack Obama has refused to have his picture taken with Newsom - or even be in the same room with him - despite the fact Newsom has done fund raisers on his behalf. But he will be seen with John McCain.

Something tells me that's not going to change. 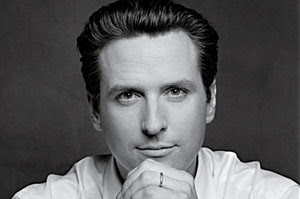 Oh well. As I've made clear, I don't see a Democratic win coming in November (no pun intended) and - rather than issues like gay marriage - their defenders, like "Mayor McDreamy," are exactly why I can't see it happening:

Such people are beyond "flawed".

They inspire lame jokes, like the one I couldn't avoid above, and strike the rest of us as crazy - and, oh, so insulting - seeming to openly regard more serious adults as fools. And an attitude like that has never gone over on the national stage. 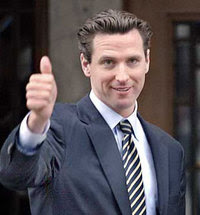 I don't think it will this time, either, no matter how it looks on the surface right now. Politically-speaking, the rest of the country doesn't even come close to the superficiality of the average San Franciscan. 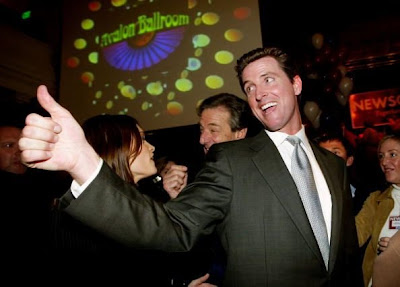 So, Democrats, enjoy the party while you can. And while you're at it, you might want to design a new mascot, because the one you have doesn't seem appropriate considering the situation,... 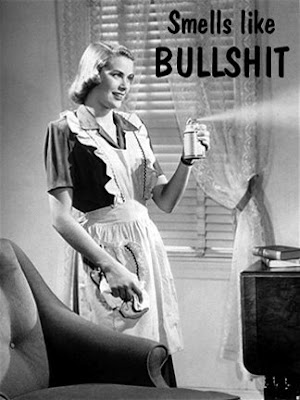