Burning Sage 'Till No One Can Breathe 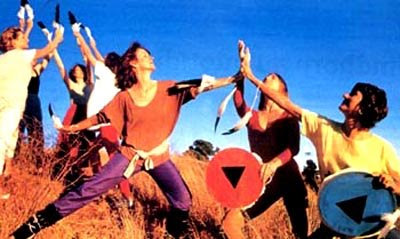 " The New Age Movement has sparked new interest in Native American Traditional spirituality among white women who claim to be feminists. Indian spirituality, with it's respect for nature and the interconnectedness of all things, is often presented as the panacea for all individual and global problems. Not surprisingly, many white "feminists" see the opportunity to make a great profit from this craze. They sell sweat lodges or sacred pipe ceremonies, which promise to bring individual and global healing. Or they sell books and records that supposedly describe Indian traditional practices so that you, too, can be Indian. 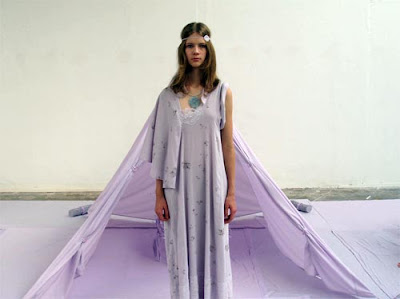 On the surface, it may appear that this new craze is based on a respect for Indian spirituality. In fact, the New Age movement is part of a very old story of white racism and genocide against the Indian people. The "Indian" ways that these white, New Age feminists are practicing have little grounding in Native American reality. 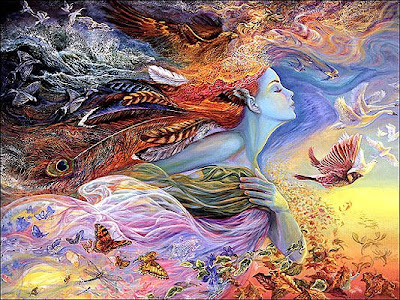 True spiritual leaders do not make a profit from their teachings, whether it's through selling books, workshops, sweat lodges, or otherwise. Spiritual leaders teach the people because it is their responsibility to pass what they have learned from their elders to the younger generation. They do not charge for their services. 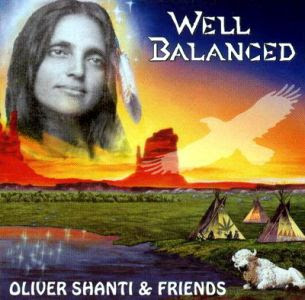 Indian religions are community-based, not proselytizing, religions. There is not one Indian religion, as many New Ager's would have you believe. Indian spiritual practices reflect the needs of a particular community. Indians do not generally believe that their way is "the" way, and consequently, they have no desire to tell outsiders about their practices. A medicine woman would be more likely to advise a white woman to look into her own culture and find what is liberating in it.

However, white women seem determined NOT to look into their own cultures for sources of strength. This is puzzling, since pre-Christian European cultures are also earth-based and contain many of the same elements that white are ostensibly looking for in Native American cultures. This phenomenon leads me to suspect that there is a more insidious motive for white "feminists" latching onto Indian spirituality.

When white "feminists" see how white people have historically oppressed others and how they are coming to very close to destroying the earth, they often want to dissociate themselves from their whiteness. They do this by opting to "become Indian." In this way, they can escape responsibility and accountability for white racism. 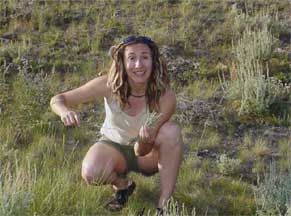 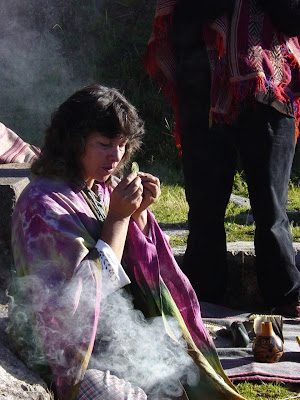 Moreover, white women want to become Indian without holding themselves accountable to Indian communities. If they did, they would have to listen to Indians telling them to stop carrying around sacred pipes, stop doing their own sweat lodges, and stop appropriating our spiritual practices. Rather, these New Agers see Indians as romanticized gurus who exist only to meet their consumerist needs. Consequently, they do not understand Indian people or our struggles for survival, and thus they can have no genuine understanding of Indian spiritual practices. 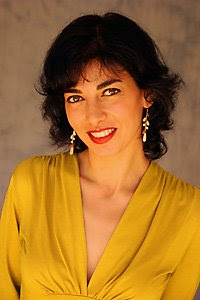 While New Agers may think that they are escaping white racism by becoming "Indian," they are, in fact, continuing the same genocidal practices of their forefathers/foremothers. The one thing that has maintained the survival of Indian people through 500 hundred years colonialism has been the spiritual bonds that keep us together. When the colonizers saw the strength of our spirituality, they tried to destroy Indian religions by making illegal. They forced Indian children into white missionary schools and cut their tongues if they spoke their native languages. Sundances were made illegal and Indian participation in the Ghost Dance precipitated the Wounded Knee massacre. Our colonizers recognized that it was our spirituality that maintained our spirit of resistance and sense of community. Even today, Indians are the only people in the United States who do not have religious freedom. This was made clear when the Supreme Court recently ruled that the First Amendment does not guarantee our right to use peyote in sacred ceremonies.

Many white, New Age "feminists" are continuing this practice of destroying spirituality. They trivialize Native American practices so that these practices lose their spiritual power. They have the white privileges and power to make themselves heard at the expense of Native Americans. Consumers like what many of these white writers have to tell them and do not want to become concerned with the facts presented by Native Americans. Our voices are silenced, and consequently, the younger generation of Indians who are trying to find their way back to the Old Ways become hopelessly lost in this morass of consumerist spirituality. 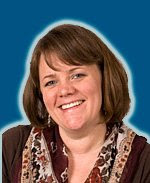 These practices also promote the subordination of Indian women to white women. Many white "feminists" tell us how greedy we are when we don't share our spirituality, and that we have to tell them everything they want to know because prophesies say we must. Apparently, it is our burden to service white women's needs rather than to spend time organizing within our own communities. 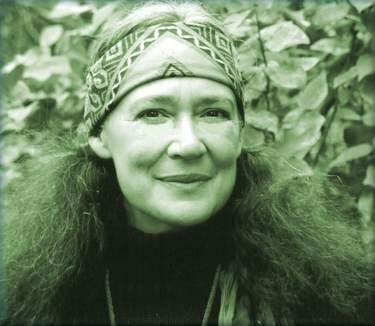 The New Age movement completely trivializes the oppression that we, as Indian women face: that Indian women are forcibly sterilized and are tested with unsafe drugs such as Depo-Provera; that we have a life expectancy of forty seven years; that we generally live below poverty level and face a seventy-five percent unemployment rate. No, ignoring our realities, the New Age movement sees Indian women as cool and spiritual and therefore, available to teach white women to be cool and spiritual. 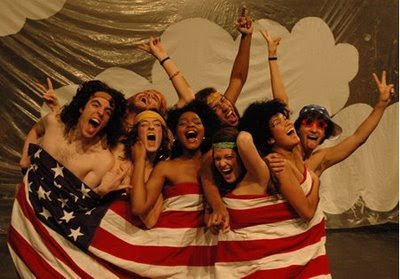 This trivialization of our oppression is compounded by the fact that, nowadays, anyone can be Indian if she wants to be. All that is required is that a white woman be Indian in a former life or that she take part in a sweat lodge or be mentored by a "medicine woman" or read a "how to" book. 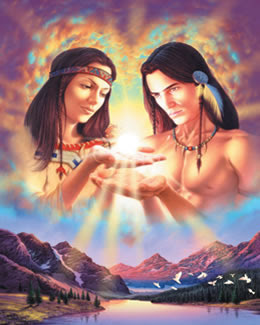 Since, according to this theory, anyone can now be "Indian," the term "Indian" no longer refers only to those groups of people who have survived five hundred years of colonization and genocide. This phenomenon furthers the goal of white supremists to abrogate treaty rights and to take away what little we have left by promoting the idea that some Indians need to have their land base protected, but even more Indians [those that are really white] have plenty of land. According to this logic, "Indians" as a whole do not need treaty rights. When everyone becomes "Indian" it is easy to lose sight of the specificity of oppression faced by those who are Indian in this life. It is no wonder we have such a difficult time getting non-Indians to support our struggles when the New Age movement has completely disguised our oppression. 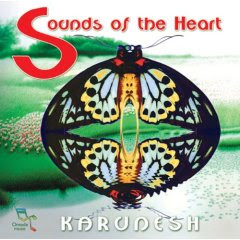 The most disturbing aspect of these racist practices is that they are promoted in the name of feminism. Sometimes it seems that I can't open a feminist periodical without seeing ads with little medicine wheel designs promoting white "feminist" businesses. I can't seem to go to a feminist conference without the only Indian presenter being the woman who begins the conference with a ceremony. Participants feel so "spiritual" after this opening that they fail to notice the absence of Indian women in the rest of the conference or that nobody is discussing any pressing issues in Native American communities. And I certainly can't go to a feminist bookstore without seeing books by white women promoting Native spirituality. It seems that, while feminism is supposed to signify the empowerment of all women, it obviously does not include Indian women. If white feminists are going to act in solidarity with their Indian sisters, they are gong to have to take a stand against Indian spiritual abuse. 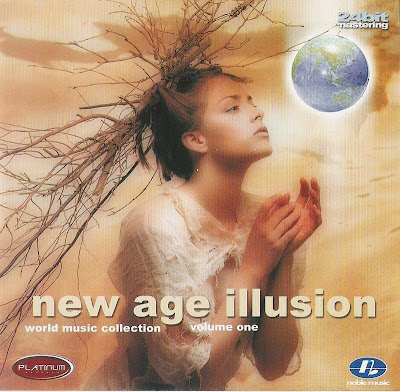 Feminist book and record stores selling these products, and feminist periodicals should stop advertising these products. Women who call themselves feminists should denounce exploitative practices where ever they see them. 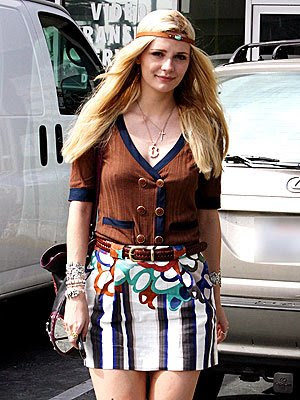 Many white feminists have claimed that Indians are not respecting "freedom of speech" by demanding that whites stop promoting and selling books that exploit Indian spirituality. However, promotion of this material is destroying freedom of speech for Native Americans by ensuring that our voices will never be heard. Furthermore, feminists already make choices about what they will promote. I haven't seen many books by right-wing fundamentalist women sold in feminist bookstores, since feminists recognized that these books are oppressive to women. It is not a radical move to ask that white women extend their feminist concerns to include Indian women. The issue is not censorship; the issue is racism. Feminists must have a choice, will they respect Indian political and spiritual autonomy or will they promote materials that are fundamentally racist under the guise of "freedom of speech." 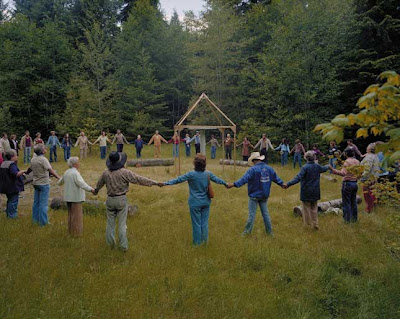 White feminists should know that as long as they take part in Indian spiritual abuse, either by being consumers of it or by refusing to take a stand on it, Indian women will consider white "feminists" to be nothing more than agents in the genocide of our people.

Our spirituality is not for sale!"

-- Andy Smith's "For Those Who Were Indian In A Former Life", which was found on a page titled Readings For Cultural Respect (And, no, I'm not buying the spirituality shit but, damn, ain't it rich?) 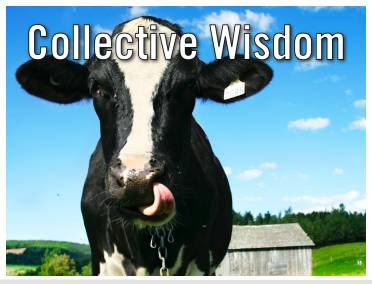