This Is Starting To Hurt 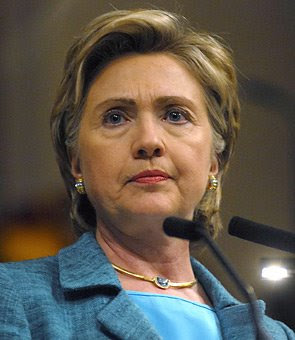 While I'm glad no one's called me on it (it's the weekend) I'm admitting I joined a lot of people in over-reacting to Hillary Clinton's "assassination" gaffe. It wasn't without reason, but I misread her point, and now, both, Barack Obama and Robert F. Kennedy, Jr. have given her a pass. Still - while I was clearly wrong - that doesn't let Hillary off the hook.

American presidential primaries are these super-stupid events, filled with interviews, crazy questions from citizens, wearing funny hats, kissing ugly babies, admiring the farmer's livestock, and eating lots of weird local cuisine, all so we can get a chance to see how the candidates handle different, unexpected, and unique situations. And like it or not - fair or unfair - this was one of those situations and, by any measure, Hillary Clinton failed the test. 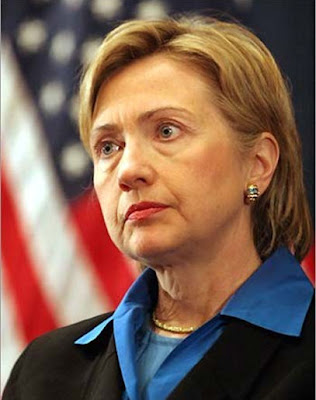 The gaffe itself was bad enough, but her first response - that she had Ted Kennedy's cancer on her mind - is another glaring example of why another Clinton can't make a case for being the President of the United States. See, it's since been reported that Hillary had already raised the Robert Kennedy issue in an interview with TIME Magazine - two months earlier.

So what we're left with is another clear instance of Hillary Clinton telling a lie. And there's no way for her to get out of it; of spinning it to explain the lie away; she was in a tough spot, feeling the pressure, then she made a choice not to tell the truth. Again.

To keep going now is going to do nothing other than reflect badly on the integrity of the Democratic Party. She's got to stop. Diminishing returns.

Her campaign is over.
Posted by The Crack Emcee at 10:48 PM