The Three Clowns Of The ApocaLepht 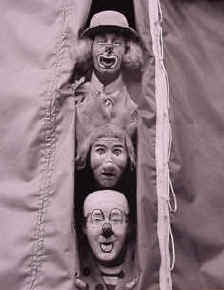 "The inability to concede error or defeat — even in light of irrefutable, empirical evidence and in the face of spiraling support and tanking morale."

-- Slate writer Dahlia Lithwick's definition of feminism - that could easily be shared with, both, the Democratic Party (which has lost 7 of the last 10 presidential elections) and the New Age Movement (whose "alternative" medicine, and other obsessions, repeatedly fail tests for efficacy) - none of which has ever apologized for their views - or, more importantly, even reconsidered them - after problems they've caused had become clearly apparent.
Posted by The Crack Emcee at 4:36 PM