Kabbalah Teaches A-Rod How To Play The Game 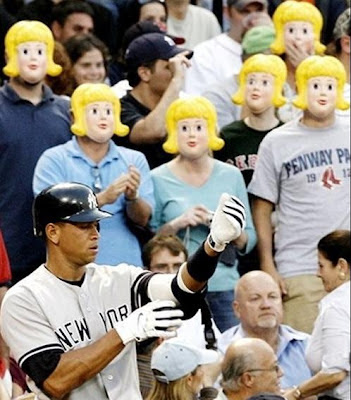 "Yankee slugger Alex Rodriguez is playing hardball against his wife in their divorce case, saying he wants their prenuptial agreement enforced and charges that he cheated on her removed from the record.

In court papers obtained exclusively by the Daily News, A-Rod's side responds point by point to Cynthia's July 7 divorce filing.

The All-Star admits the marriage is 'irretrievably broken,' but says that because Florida is a no-fault divorce state, he doesn't have to say why and he's not going to."

-- Lisa Lucas and Leo Standora, showing how NewAge beliefs don't make people "better" human beings but, instead, inflames their narcissism - and how no-fault divorce can be used to punish a marriage's innocent party - in The Daily News