Like They Cared About Mrs. Spitzer, And Mrs. Craig, And,... 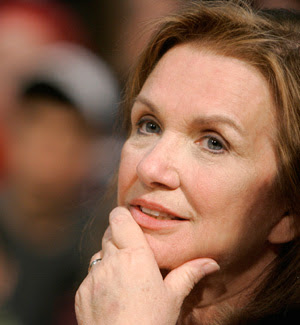 "Regardless of what one thinks of John Edwards or his politics, the popularity of and public affection for Elizabeth Edwards is undeniably high.* She was an effective campaigner because she was seen as the honest broker her husband, the candidate, couldn't always be.

Elizabeth Edwards is the real reason this story hasn't gained traction until now. I think that out of respect for EE, and a desire not to compound her grim cancer scenario with further emotional pain probably caused editors to hold back reporting the story until something else came along.

And let me say this as a leukemia survivor married to a breast cancer survivor. If I were in John Edwards' position, and I could pull myself away from the nearest mirror (that hair is to die for), I would play the Elizabeth card as aggressively as I could. That's an unpleasant truth, and I wouldn't be proud to do it. Then again, it sounds like John Edwards doesn't have much to be proud of lately."

-- Aaron Barnhart, pretending journalists have moral qualms - and then (in the third paragraph) revealing how they really think, for the Kansas City Star