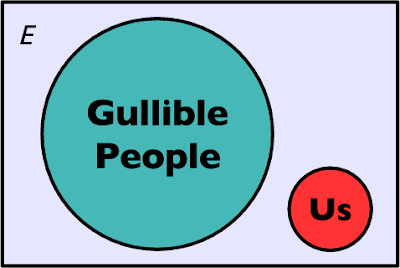 "I'll be the first to admit it: evangelicals can be gullible.

That's odd given the Good Book's admonition to trust no man. "Beware lest anyone cheat you through philosophy and empty deceit, according to the tradition of men," writes Paul (Colossians 2:8, NKJV). That verse appears to have fallen on deaf ears when it comes to Barack Obama.

Mesmerized by the kid from Honolulu, some evangelicals, particularly young "moderates," are tempted to break ranks and defect to the Obama bandwagon. At least, that's what media pundits would have us believe. Polls still show that conservative Christians favor McCain, but Obama is faring better than Kerry did in 2004.

And no wonder. Obama's campaign isn't afraid to target more rural areas awash with religious voters. Unlike past Democratic presidential nominees, he's not schizoid when it comes to talking about his own faith (which, admittedly, is a clash between the bizarre and the watered-down)."

-- David N. Bass, trying to find a way to describe the NewAge cult's influence on Christianity, for The American Spectator