He's A Space Man (In More Ways Than One) 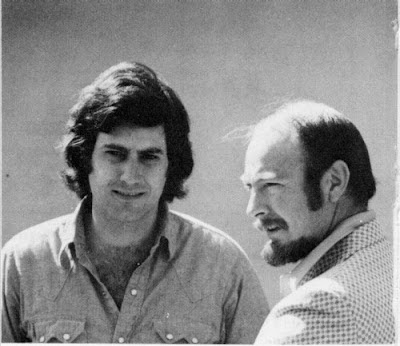 During Apollo 14 (his first and last mission to space for NASA), Edgar used his down time in space to conduct a series of unofficial ESP experiments with his friends back home, one of which was Swedish psychic Olof Jonsson, who Australians may recall from his involvement in the Graeme Thorne case (he flew to Australia, diverted police resources to some place far from where Graeme’s body was ultimately discovered, then flew home again).

On his way back to Earth from The Moon, Mitchell underwent an “epiphany” that was to change his life, a visitation from a “non-local feeling that there is something here I don’t understand”, a “real, abstract sensation” that urged him to “understand what kind of a brain is it that allows me to experience this”. (In 1994, I interviewed Apollo 14 commander Alan Shepard, and I believe it was Mitchell’s episode to which Shepherd was referring when he said: “I have to say that I did not undergo the same spiritual experience that so affected some of my colleagues").

Mitchell had no sooner splashed down when he was beating a path to the door of one he believed would have the answers; renowned TV spoon bender Uri Geller. As something of a test of Uri’s proposed powers of telekinesis, Mitchell asked Geller to go fetch the NASA camera absent-minded Edgar had left behind on the moon. “He didn’t get the camera back,” Mitchell told Cabinet Magazine in 2003, “but he did get two lost tiepins of mine back. A piece of one of them showed up in Geller’s mouth as he was eating ice cream, to the surprise of all of us.”

In 1973, Mitchell founded the Institute of Noetic Sciences, dedicated to “advancing the science of consciousness and human experience to serve individual and collective transformation”. Quackwatch includes IONS on its list of questionable organisations, no doubt because of the institute’s promotion of ”distance healing” as a cure for illness. Mitchell himself claims to have been cured of cancer thanks to good efforts of one Adam Dreamhealer (though Edger never actually had a biopsy for cancer, he insists it was there and, now, thanks to Mr. Dreamhealer, isn’t). Mitchell also claims his mother was blind until a Tibetan healer waved his hands above her head.

Today, Dr Edgar Mitchell lectures frequently on the paranormal, and he decries critics fond of the ”ad hominem attack”. This is interesting considering Mitchell’s response to Bart Sibrel, the man who insists we never went to The Moon, and that all the astronauts are in on the cover-up. I know I cheered when I saw the footage of Edgar kicking the conspiracy theorist in the arse.

Perhaps someone from NASA ought to do the same to Ed Mitchell.

-- Jack Marx, doing the leg-work the mainstream media refuses to engage in - AKA "doing their job" - on U.F.O. astronaut Edgar Mitchell (seen, above, with the confirmed fraud Uri Geller) for Australia's News.com

Go to Mr. Marx's article for many authenticating links.