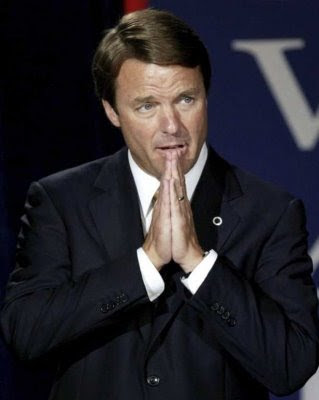 "Why hasn't the press commented on the story yet? Is it because it broke too late yesterday afternoon, and news organizations want to investigate it for themselves before writing about it? Or are they observing a double standard that says homo-hypocrisy is indefensible but that hetero-hypocrisy deserves an automatic bye?

That's my sense. Consider how the press treated Jesse Jackson when he admitted to having fathered a daughter outside of his marriage. The baby arrived in 1999, but Jackson didn't go public about it until 2001, after the National Enquirer scheduled its story about the little girl and her mother. Jackson, who loves preaching to others about their morality, suffered less than two seconds of opprobrium from the press after his admission.

It's hard to top Jackson for hypocrisy. In late 1998, while Karin Stanford was carrying the reverend's child, the two visited President Bill Clinton in the White House. Bill was "recovering" from the Lewinsky scandal, and Jesse was there to "counsel" him. "

-- Jack Shafer, giving us reasons for the lack of front page coverage (or any other kind) for John Edwards's NewAge affair, for the SFGate. 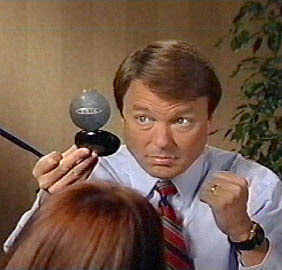 "It will be interesting to see if this breaks out of the blogs and into the mainstream press."

-- Fine On Media, who has even more, in BusinessWeek.