A Question Of Character 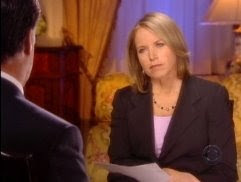 COURIC: Harry Truman said, "A man not honorable in his marital relations is not usually honorable in any other." Some people don't feel comfortable supporting a candidate who has not remained faithful to his or her spouse. Can you understand their position?

EDWARDS: Of course. I mean, for a lot of Americans-- including the family that I grew up with, I mean, it's-- it's fundamental to-- how you judge people and human character-- whether you keep your word, whether you keep what is your ultimate word, which is that-- you love-- your spouse, and you'll stay with them.

COURIC: Do you think-- what-- what about people who use that as a way to evaluate a candidate? In other words, there have been a number of fine presidents according to some analysts...who have certainly not been sort of exhibited the greatest moral character when it comes to infidelity...I guess is what I'm getting at.

COURIC: So how important do you think it is in the grand scheme of things?

EDWARDS: I think the most important qualities in a president in today's world are trustworthiness-- sincerity, honesty, strength of leadership. And-- and certainly that goes to a part of that. It's not the whole thing. But it goes to a part of it.

COURIC: So you think it's-- an appropriate way to judge a candidate?

EDWARDS: Yeah. But I don't think it's controlling. I mean, I think that, as you point out, there have been American presidents that at least according to the-- to the stories we've all heard-- that were not faithful, that were in fact good presidents. So I don't think it controls the issue. But I think it's certain-- something reasonable for people to consider.

-- The CBS Evening News, back in 2007, letting John Edwards fit the noose himself, by way of The Huffington Post