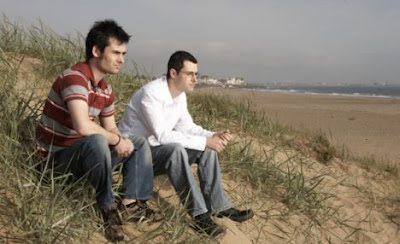 "Shocked and confused by the scale of their parents' betrayal, they have kept a dignified silence for eight months as they struggled to understand how their once loving mother and father could have made them suffer so much and for so long.

They are unrelenting in their anger and bitterness, particularly towards their mother, and admit they might never come to terms with what has happened.

It is, they said, as if both parents were now dead.

They also reveal that Anne attempted to apologise in a short letter written from her prison cell last December.

'I hope that one day you will find it in your heart to forgive me and Dad,' she said, signing it 'Love, Mam'.

Both men rejected her appeal, describing her as 'a consummate actress' throughout."

-- Angella Johnson, on the sons of John and Anne Darwin, who deceived their children to gain insurance money, in the Daily Mail.