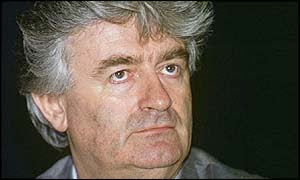 "In his life as Dragan David Dabic, he began to seek a new audience for his musings on alternative medicine. He built on his training as a psychiatrist and embellished it with oriental-inspired theories of "the life force", "vital energies" and "personal auras". He told people his plaited top-knot drew in different energies from the environment.

As Dabic, he set up a website called Psy Help Energy which advertised the David Wellbeing Programme which offered help from "experienced experts from pioneering areas of science where there are immense possibilities for interaction with natural forces in and around us".

Among other services offered were acupuncture, homeopathy, "quantum medicine" and traditional cures. He also sold necklaces he called Velbing (wellbeing): lucky charms which he claimed offered health benefits and "personal protection" against "harmful radiation". The website provided no address, and the two numbers it listed were prepaid mobile numbers, now no longer functioning.

As Dabic he also began to pester Goran Kojic, the editor of Healthy Living magazine, asking to write and lecture on his work. He craved a public.

"Here was this strange looking man. He said he was freelancing for a number of private clinics and he wanted to publish," Kojic said. "He said: 'I have a diploma but I don't have it with me. My ex-wife has it in the United States'. I said I can't publish you as a psychiatrist without a diploma, but I will take you on as a "spiritual researcher".

So Dabic published his thoughts on holistic care in Healthy Living and began to appear at panel discussions on alternative medicine. Videos of these occasions show a soft-spoken pensioner sitting the way Karadzic the warlord used to sit with his feet pointing inwards and balancing on the outside edge of his soles.

In October he gave a lecture comparing the silent contemplation of Orthodox monks to oriental forms of meditation. Then as recently as May 23, Healthy Living's third annual festival in Belgrade advertised a presentation by David Dabic on "nurturing your inner energies."

-- Julian Borger, on Karadzic selling the same ol' NewAge bull, for The Guardian.