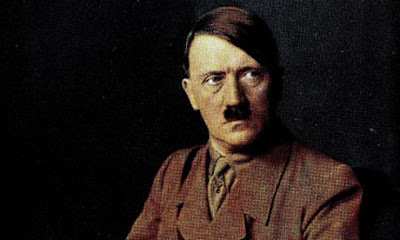 Wow - it only took two years - but somebody (else) finally noticed:

"During the feverish excitement of the 2008 campaign, a columnist for the online San Francisco Chronicle, Mark Morford, took it upon himself to educate anti-Obama naysayers with 'dysfunctional karmic antennae.' They had been asking him: 'What the hell's the big deal about Obama?'

The question looks prescient these days, but Morford's karmic antennae at the time picked up something different. Obama -- Morford had been told by 'spiritually advanced people I know (not coweringly religious, mind you, but deeply spiritual)' -- was a 'Lightworker, that rare kind of attuned being who has the ability to lead us not merely to new foreign policies or health care plans or whatnot, but who can actually help usher in a new way of being on the planet, of relating and connecting and engaging with this bizarre earthly experiment.'

Obama, of course, had encouraged this talk with his stump speeches about 'we are the ones we have been waiting for' and his campaign slogan ending in a preposition -- 'Change you can believe in.'

This ludicrous rhetoric and the expectations it inspired have caught up with him, as he looks more and more hackish, dishonest, and feeble by the day -- more a lightweight than a 'Lightworker,' less 'mindful' than mindless. Most politicians spend the bulk of their mental time figuring out how to dodge and weave through a crisis, but one would think such a fabled figure could bring a little bit more imagination and sharpness to the exercise.

The most obnoxiously self-conscious environmentalist president ever stands dumb before America's worst environmental disaster. Hillary Clinton's campaign criticisms of Obama as a wimp and cocky dullard hold up fairly well. It turns out that he is not very good at taking tricky calls at 3 AM or 3 PM."