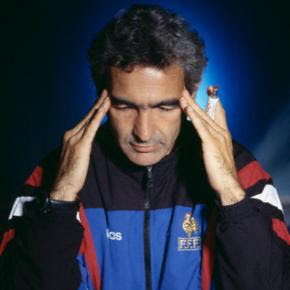 Now that the French soccer team has "descended into chaos," my 2008 bullet post about France's astrology-loving coach, Raymond Domenech ("Fact: The French Only Look Normal") is starting to look prescient. 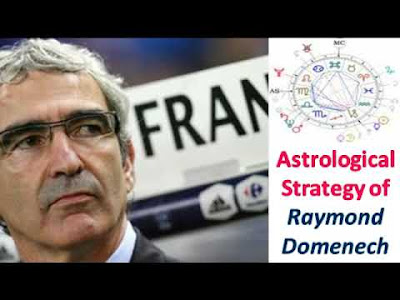 Haven't I told you if NewAge is involved - or a NewAger - a disaster will follow? Didn't I tell you, a long time ago, about The Law of Quantum Failure? What's it been, years?

Didn't I tell you France's claims to being atheist are a lie? (If they're not, how do they have a NewAge coach? Les Bleus are a national symbol.) Yet only now is the sports press discovering what I meant, and finally asking, "seriously, what are you supposed to do when your coach is, well, nuts?" 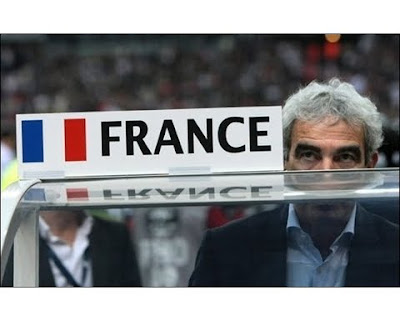 Well, since you ask, and there's obviously "no logic in the way he works", he - and/or France itself - might want to attempt trying some of that,...logic. It'll do 'em good. True, Coach Domenech will immediately get fired, but still. It'll work better, promise. 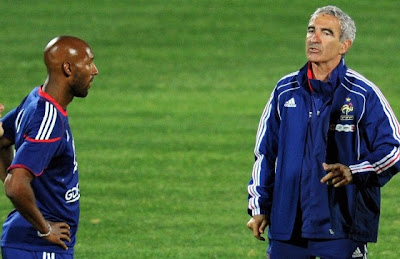 But, alas, what's much more likely to happen is, Domenech - and France - will forbid anything related to critical thinking, and instead, will continue maintaining their reputation for NewAge-inspired drama, and love of romance, by acting on player Nicolas Anelka's outstanding advice:

"Go screw yourself, dirty son of a whore."