Too Busy Looking At Tits (To See My Humanity) 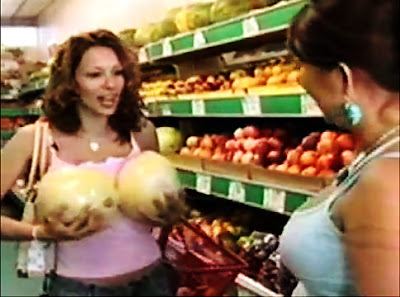 About a week ago, I dumped on the "Citibank Babe" and the Instapundit (for covering her story) in the comments section of the Althouse. Here's what I wrote: 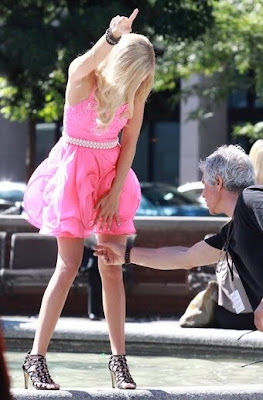 "Fuck her. Couple her lack of seriousness with the guys' brain-dead va-va-va-voom attitude and the whole thing is nothing more than an attention-getting farce.

I asked it before and I'll ask it again:

That means it must be important, or interesting, or (here's the truth) insulting to my intelligence.

Some people can't help but be part of the problem." 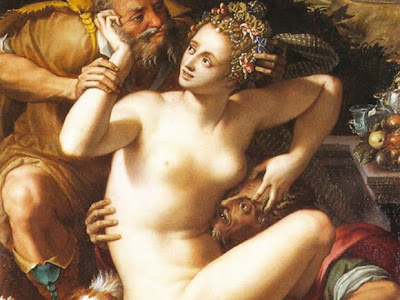 Well, now it turns out it was "nothing more than an attention-getting farce" because that wronged innocent, Debrahlee Lorenzana, claimed years before - on a TV show called Plastic Surgery New York Style - that she was on a "determined manhunt" and wanted to be "tits on a stick".

And, according to The New York Daily News, "Lorenzana seems to be craving male attention in the Discovery series" - which she eventually got - from every stupid male on the planet, including Dr. Helen's husband, Glenn Reynolds. 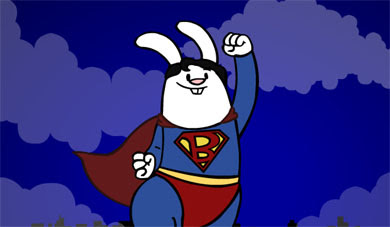 So what's the big deal?

The big deal is that - as I pointed out after he linked to me a couple of times - Glenn Reynolds welds power. (He's a major player in the Tea Party movement and also has a show on Pajamas Media: one little link on his page, that basically said "Heh", got me 13,000 hits in a single day - a high for TMR.)

But what he does with that power can be troubling. 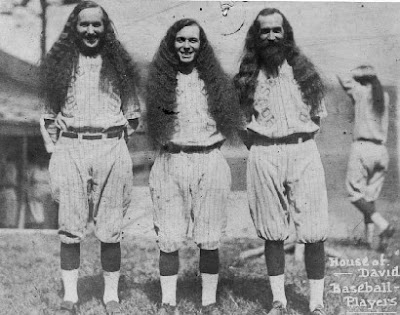 Reynolds leads what I think of as The Law Professor's Online Mafia, a slew of (mostly) law commentators who spit out theories, willy-nilly, about various events of the day, without a care if they're correct or not. It's just a lot of stuff - and not always good stuff. 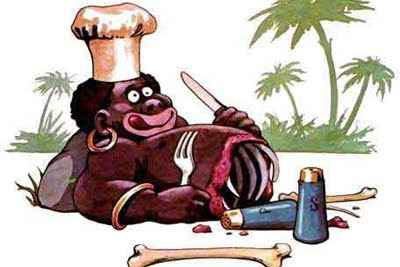 He's obsessed with talking about race, for instance, when the so-called "enlightened" view is to shut up about it and let it die. A better way to handle it is to actually let some worthy black people get some recognition - Reynolds does it for Zo of Pajamas Media (AKA Macho Sauce) even though he's been known to evangelize for Jesus and other nonsense. 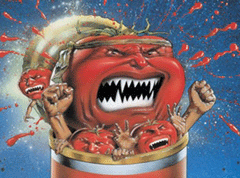 Now, some may think I'm being unfair to Reynolds; after all, he has linked to my page before - even after I'd criticized him. This post is just "sour grapes" because he doesn't link to me more often.

Well, yea, that's true and it's not true. 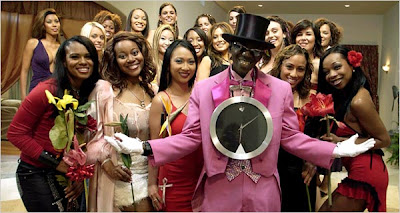 But more important to me is the fact that - except for my Glenn Beck-like assumption the American people were too smart to elect our current Commander and Chief - I've been correct about almost every major issue I've covered on this blog, and, if we're really interested in correcting the wrongs this country has perpetuated on itself, then anyone with a lazer-like bead on what's-what should get some recognition - regardless of their bull-in-a-chinashop style. 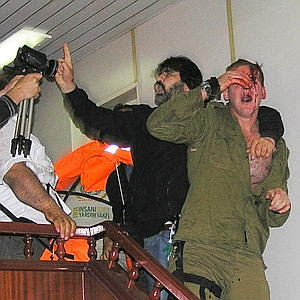 See, my online relationship with Reynolds is contentious (I know, if we met, we'd be easy friends) but contentiousness shouldn't be a hinderance to anyone gaining traction in the world of ideas. According to a New York Times piece on Mickey Kaus, "It’s difficult to find a writer or politico in Los Angeles who hasn’t knocked elbows (or opinions) with Mr. Kaus", yet Reynolds links to "the professional naysayer" regularly.

And here's what TIME magazine recently said, reviewing a new book by the "angry" celebrity chef, Anthony Bourdain, while also calling him "the Last Honest Man": 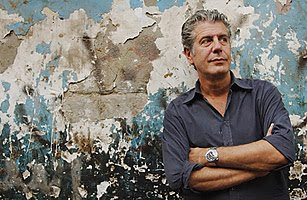 "In a searingly revealing final chapter, the cynical but essentially guileless chef breaks down the reason for his anger: once being a working chef with no health plan, no hopes and a bad marriage. In the present, he is angry at the abuse of food and cooking by TV food stars, those stars' frauds and follies and himself for being part of the circus. He's still mad; that's where his energy and eloquence come from. It's the best part of who he is. Happily, that anger is still white and pure after all these years; it burns away all the impurities of the food-media fog that is now his habitat. Stay angry, Tony: you're the conscience of the culinary world. We need you now more than ever." 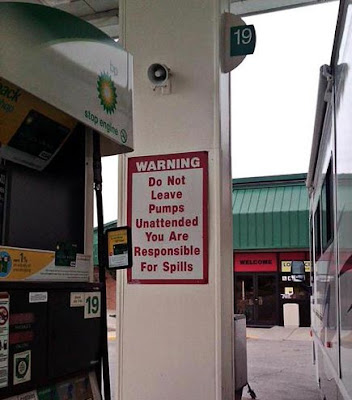 Now why in the world would anybody "need" an angry man around?

Well, maybe it's the connection to that word in the title - honest. It's we so-called angry folks who aren't smiling in anybody's face while trying to pick their pockets (or, otherwise, trying to get in their pants) but screaming at everyone not to be so fucking stupid. (Not that it does a lot of good: people are stupid. Oh well, at least no one can claim curmudgeons aren't compassionate,...) 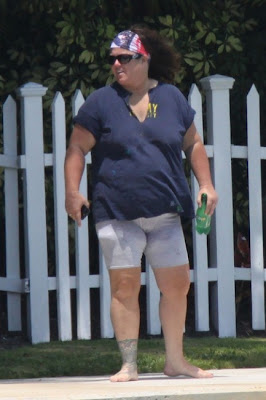 Where I come from, we call what I do "straight talk", or "keeping it real". I mean, if anything gets under my skin, it's the detachment from reality that most others (including Reynolds on occasion) engage in. 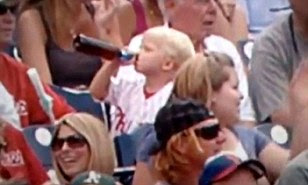 Atheists are notorious for being angry - and for good reason: we're surrounded by gullible idiots. Gullible idiots who kill people - or even kids - or rip people off, and then go right on killing and ripping people off, thinking nothing's wrong because they "believe" in one form of dipsy-doodle dumbshit or another. Even members of Reynolds' precious Tea Party movement - which I support - have been known to scream "God is our leader!" every once in a while, which I don't think anyone finds to be a good sign, for the party, or America's future. 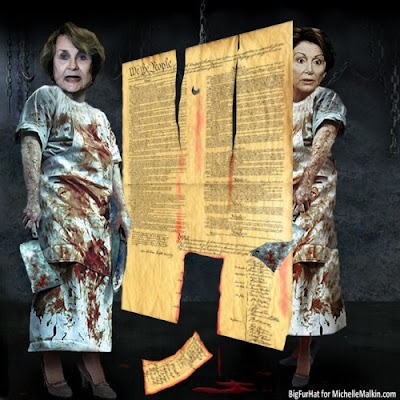 I'm sure, another reason Reynolds doesn't link to me is the whole "cult" thing, but he isn't man enough (or just doesn't care enough) to challenge - or promote - my ideas about it. But he should, because I'm man enough (and care enough) to defend them.

His buddy, Ann Althouse, got it. And it should be obvious to anybody paying attention all these years that dismantling the cult networks that support the Democratic Party would be the quickest, and easiest, way for the Tea party movement to defeat our enemies.

Seriously, can anyone explain how - in a world of intelligent people - Oprah Winfrey, with her advocacy for The Secret, various wackjob gurus, and many, many forms of extremely harmful quackery, could be even partially responsible for Barack Obama's presidency? If Reynolds & Co. had been focused on that one issue - and shown the Queen of Daytime Talk and "moral authority of America" is a loon who is bound to bring us no good - we probably wouldn't be saddled with this loser for these four years.

Or a whole lot of other problems. 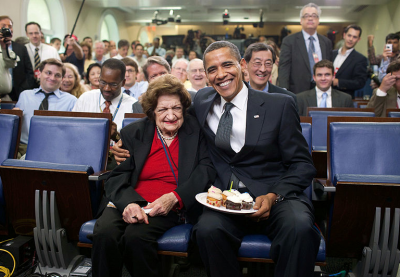 Meanwhile, for years, I've been arguing with scientists, online, about such things as the religious/cult nature of alternative medicine and the hoax surrounding global warming - with me being right. How did I know? Like James Randi, my interest in cults and cultists means I study scams, and AGW (along with NewAge quackery - AKA "wellness" and "holistic healing") had all the hallmarks of a major one.

I didn't need to wait for a journalistic, or political, consensus to know Helen Thomas was done - I knew it instinctively, just as I knew Debrahlee Lorenzana was a total waste of space - as a person and an issue. 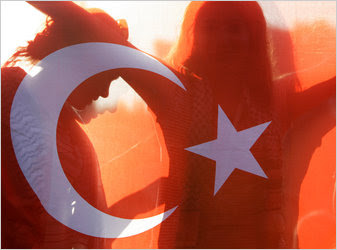 This is no time for stupid articles about big breasted women working out their body issues through worthless lawsuits, or equally stupid internet grudges - which is what Reynolds and I are engaged in - when the country needs to hear from people who (lo and behold) actually have their heads on their shoulders. We also don't have to like each other to see we need each other. What we need, even more, is correct information and more ideas on what to do to fix things.

I've got those ideas, unvarnished and crude as they are, but they're there. 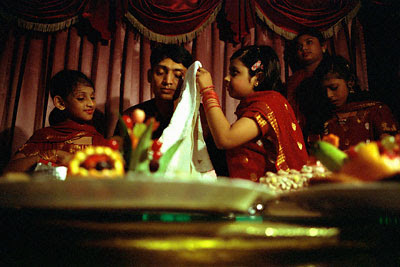 I know Glenn Reynolds is generous and fair. I also know, like the many scientists I've (correctly) challenged, that he's waaay fucking smart. And, finally, I was once (correctly) humbled by him and said he was a gracious man. 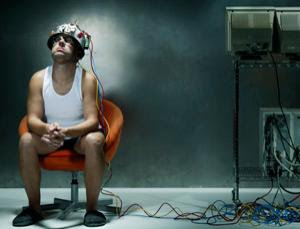 Now, after all that, I'm waiting to see if he'll prove me correct in my views - again.