(I Know Why) The Gods Love A Smoky Room 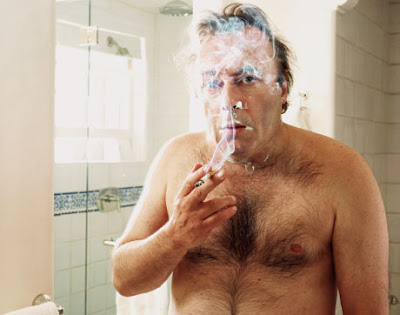 "Come together"? Fine - this is one of those occasions when everybody gets fucked at once:

He's a really special man. I met him once - we shared a smoke during one of his book signings - and it will remain one of the proudest claims I can make. I have an autographed copy of No One Left to Lie To: The Triangulations of William Jefferson Clinton from that night. Hell, as far as I'm concerned, if he has to die soon, I think we should at least let him do it knowing he's left one hell of a mark on the Western World and beyond. He's definitely left one on me.

Unlike NewAgers, I don't think knowing the name of what kills us ("cancer") makes comprehending the implications of our deaths any more or less terrifying, so there'll be no smoking=cancer chiding, or anything else, from me now. Whatever it took Christopher Hitchens to do what he did, then so be it. He did it. He's a man.

And we all - himself included - have been better for it.