Remember the Bush years? I do - that's when I came out as a conservative. It was disgust that finally did it. I had one friend, a photojournalist, who, whenever he came over and discovered I had guests (which was often) would immediately set about poisoning their minds to our foreign policy - even after I begged him to stop. But he, and too many others, were just incapable of stopping themselves. 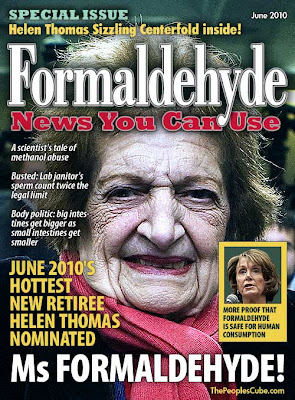 And, anyway, why should anyone have tried to stop? That now-revealed font of journalistic wisdom, Helen Thomas, labeled George W. Bush "the worst president in history", giving permission for that lie to be openly parroted by every wannabe cool I'm-not-political know-nothing on the planet.

In hindsight, of course, it was free-floating ignorance and hatred and nothing more. But it crushed me - not just here but overseas as well:

"I know some Europeans who are not quite anti-American — they just support or accept America when the voters elect liberal Democrats. When the voters, under the influence of darkness, elect conservatives, all bets are off: America is illegit."

Yes, yes - as someone who traveled to Europe often in those days - I do remember it well.

What am I saying? I'll never be able to forget it - it haunts my dreams:

It was absolutely the worst time of my life.

But now, in their insanity, the Democrats are back to slicing their own throats, so, thank goodness, it's all finally almost over,...