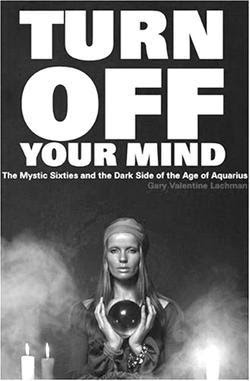 Isn't this brilliant? Right after I did a post calling North Korea's soccer coach the victim of a giant cult - and pointing out that no one in the delusional West seems to want to lift a finger to save him - The Wall Street Journal comes out with a lone editorial saying the world should do just that:

"A fortnight into the World Cup, the spoiled millionaires on the French team can return home to hear catcalls after their off-field meltdowns, and the Americans can take satisfaction in their dramatic last-minute win to move on in the tournament. The stakes are higher for North Korea's players, who must wonder if they're destined for the Gulag after their 7-0 loss to Portugal this week.

In a mini-profile in courage, Coach Kim took the flak for his squad. 'It was my fault for not playing the right strategy,' he said, promising 'to reach our objectives' against Ivory Coast today. He and his players may literally be playing for their lives. In the event of another defeat, we think all of North Korea's players and coaches deserve an offer of asylum from the rest of the world, because the Dear Leader doesn't take kindly to national humiliation."

I am convinced, in the near future, it will be seen as a mark of shame not to have actively been working against cults during the last decade, much in the same way answering the question, "What did you do during the war, daddy?" turned out to be a toughie for some during other times of crisis. Why? Because, as the WSJ editorial makes clear - even without mentioning cultism - they know what's going on:

Just as those who write about Oprah, Tom Cruise, John Travolta, Kirsti Alley, Madonna, Gwyneth Paltrow, and others, know what's going on in our country - they just don't have the balls to go there.

"It is certainly not politic for a general or his staff to express their contempt for civilian authorities publicly. But what is far more important-- from the standpoint of national security-- is whether what those authorities have done deserves contempt.

My hope is that General McChrystal will write a book about his experiences in Afghanistan-- and in Washington. The public needs to know what is really going on, and they are not likely to get that information from politicians."

Or, I would add, from journalists or almost anybody else - that's why the job's left to bloggers. The John Edwards scandal made it clear - there are some subjects that are taboo to certain types and, come hell or high water, they won't go there - until it's obvious they have no choice. And what does Thomas Sowell think the answer is? A real man ("a soldier's soldier") like General McChrystal, finally stepping forward to spill the beans.

AKA The Macho Response.