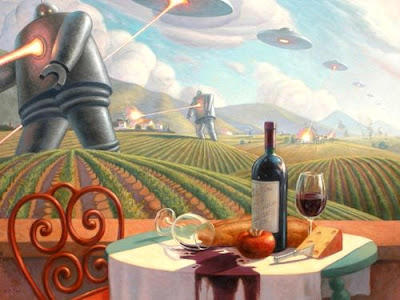 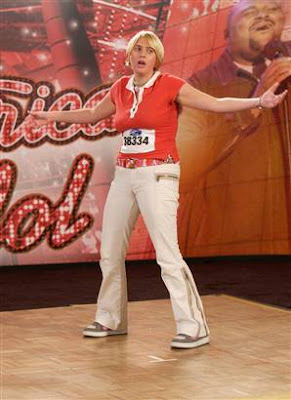 So Shannon Love thinks Al Gore's taste in music is "pathetic"? Folks, when it comes to NewAgers, it's all "been there, done that" around here. 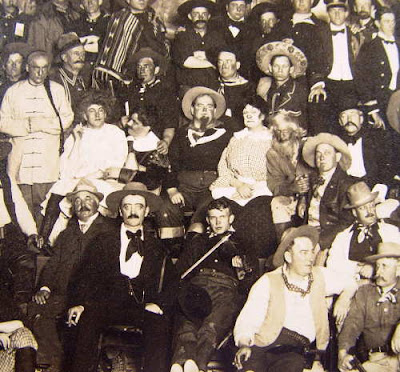 We're waaay past the music thing. Now we're up to asking how much money have we been (or are we) wasting on Big Green Al's Big Green Gloat Ride?

And I mean all of it? 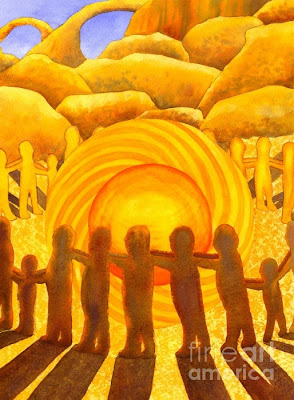 Let's say The New York Times reported "recycling may be the most wasteful activity in modern America: a waste of time and money, a waste of human and natural resources." Why would we keep doing it? What are the implications of, y'know, stopping?

And what else can we stop doing?

What else should be stopped?

Eurodisco? Actually, I'd vote for that.

And who at Greenpeace thought that was a good idea? Or this:

Look, I like Trance as much as the next head, but this NewAge shit is wrong (you knew I was going to get there, didn't you?) and it all should be stopped. That's some positively evil shit.

And I'm sorry for wanting validation for this blog's premise so much but, in the beginning, I caught that same kind of hell seen in those videos (and from the newly-christened "Birkenstock Tribe") for pursuing these topics (just as I caught hell for liking Queen while living in the ghetto) and I'm not just going to sweep that behavior under the rug: 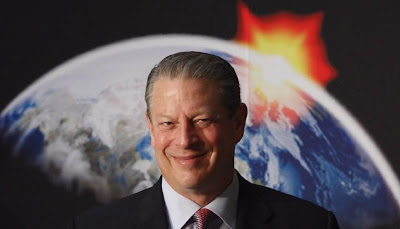 First, friends and foes alike told me to stop because (friends) NewAge is "too big" for me to have any affect against it, plus I'll never defeat it because (foes) the believers are always right, and I'm a conservative "man" and our time was over. Like the Blues. 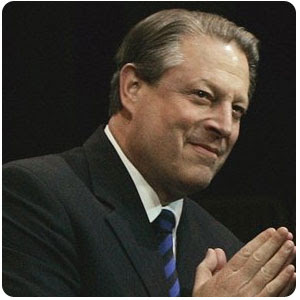 On top of those warnings, this blog was ripped down, twice, by saboteurs, so there's more-than-a-little bit of pride in there for me to carry on until everyone understands what I'm getting at, regarding it's effect on the larger society. I mean, if I wasn't on to something (instead of on something) why would anybody go to those lengths to stop little ol' Punk Rock me? I'll tell you why: because they're afraid. They're afraid that, just like in Alice In Wonderland, at some point the rest of you are going to say "Pooh!" and reduce their whole outlook to a bunch of worthless cards. 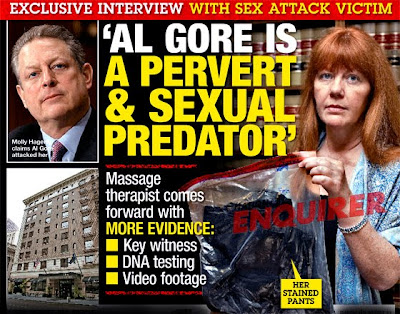 O.K., I'm ranting about my own shit again, when I'd rather re-examine Byron York's last two paragraphs of Molly Hagerty's accusations against Al Gore: 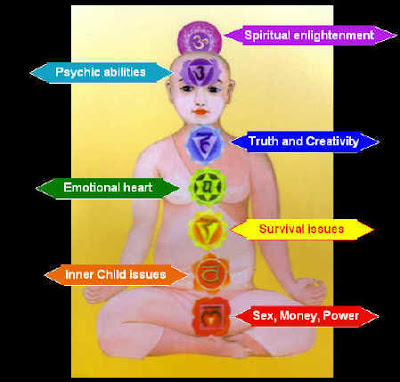 "Then, abruptly, the former vice president changed tone. It was 'as though he had very suddenly switched personalities,' she recalled, 'and began in a pleading tone, pleading for release of his second chakra there.'

'Chakra,' in Gore's new-agey jargon, refers to the body's 'energy centers,' which the masseuse interpreted as having a specific meaning. 'This was yet another euphemism for sexual activity he was requesting,' she told police, 'put cleverly as though it were a spiritual request or something." 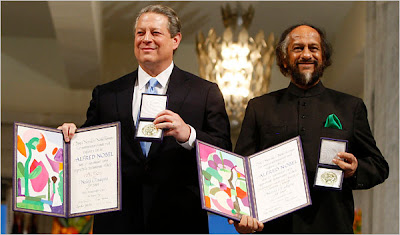 Now, where did Al pick up such Hindu language as that? We know that Gore has lately spent a lot of time with the man he shares his Nobel Prize with, Rajendra Pachauri. What most people don't know is that Rajendra Pachauri has a little "second chakra" release problem himself, having published: 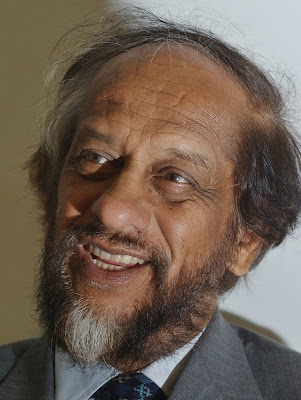 "A soft-core pornographic novel. (The main character is an aging environmentalist and engineer engaged in a 'spiritual journey' that includes meeting Shirley MacLaine, detailed explorations of the Kama Sutra, and group sex.)" 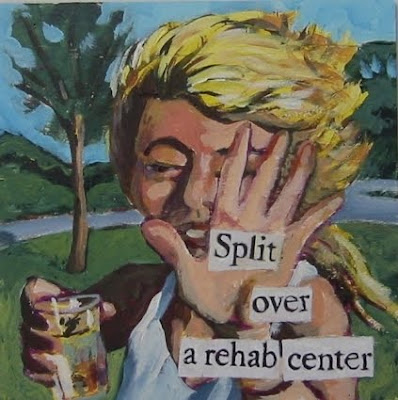 Sounds interesting. Pure Energy. No, actually, it sounds tired - and didn't I tell you, a long time ago, that "energy" in NewAge jargon was used for sex? Didn't I even give you examples of how it's used?

Now that Molly Hagerty has admitted "This was yet another euphemism for sexual activity", you might want to ask yourself - what else is just blithely flying by the average person? I'll tell you: tons of stuff. It might as well be german rap music.

And don't forget the rules of how these NewAgers - filled as they are with such integrity - have played the game: 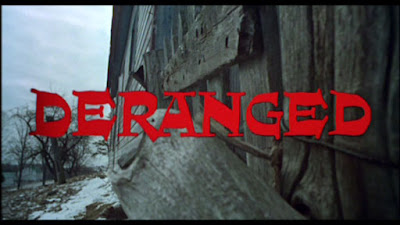 Pachauri claimed that anyone who questioned his take on AGW (and, I think, reality in general) was practicing "voodoo science" (Gore, as well as others who should know better, said we were the same as Holocaust deniers) which is a nice attempt at turning the tables on "voodoo science", huh?

Poor Al Gore. The more I think about it, that Shannon Love just might be right:

I mean, Al Gore is the type that probably never really listened to Jazz, right?

Not if he's listening to Pink. He's not mature enough. Not to "get" it. 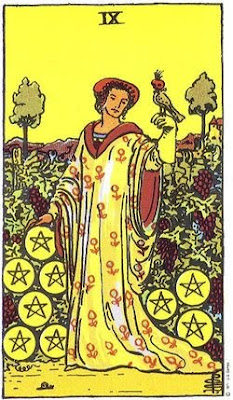 "You must remember this: a kiss is still a kiss
A sigh is just a sigh
The fundamental things apply
As time goes by,..."