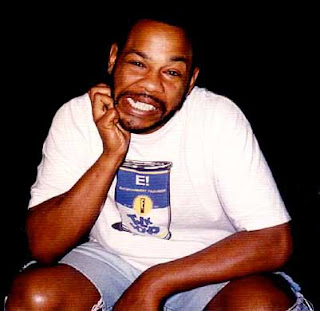 "It's all about money, ain't a damn thing funny/You got to have a con in this land of milk and honey."

- The Message by Grandmaster Flash & The Furious Five

So - it's 2008 - and what are you going to do with it? Continue down the same dysfunctional, non-judgemental, New Age "spiritual path" so many (including today's totally irresponsible mainstream media) seemed to insist on in 2007? Or, finally, begin this generation's first journey into the truly-new, mature, clear-eyed adventure of accepting reality?

For my own sake, I hope it's the latter, because 1) I'm not going to change and 2) I'm sincerely getting sick of having to confront hypocrisy almost everywhere I go.

Look, I accept that people are imperfect (more imperfect than I'd ever imagined) but I don't accept that you have a right to be stupid just to prove you're your own person. Especially when being your own person means you're merely bunching yourselves together with the other stupid people, to diss Bush, or save the environment, or whatever.

The grouping the stupid people together part - that's what makes a cult - and, quite obviously, I want nothing to do with your cults. Whether in the hippie/spiritual/religious world, or in government, this post 60's culture has to accept what's happened - and fix it.

I don't know about you but, I don't care if I have to die alone, I will live as my own man. My mind/body/spirit will always be mine - not some guru's, spiritual leader, quack doctor, or other type of con man. Not believing in bullshit doesn't mean you don't get to know things. As a matter of fact, it's the belief in bullshit, like the power of religion/spirituality to save us, that will, most definitely, get us all killed.

What we need now is clarity of thought, and I just don't see much of that these days. Not when pure crap, yes, like homeopathy, can find acceptance out there. Any ol' crazy idea can gain a footing in people's heads right now, but, it's slowly getting through, most of it's bullshit.

Really, is this the world you want to live in? "Nonsense" being passed off as healthcare? Religious nuts on the hunt for the Devil? Pagans acting out their own religion-inspired version of Hell? Always rooting for the wrong guy/gal/morals/ethics (or lack thereof) in politics? Is this really your hope for the future? Not me, Man, because - as an artist born to his craft - I'm capable of having an imagination and dealing with the malicious vagaries of the real world.

It's not easy though, as recent events have taught me, but I'll make it. Now you, too, must learn.

Use your heads, people - and Happy New Year.
Posted by The Crack Emcee at 2:43 PM