Yurp, The Yoke, And The You Ess Aye 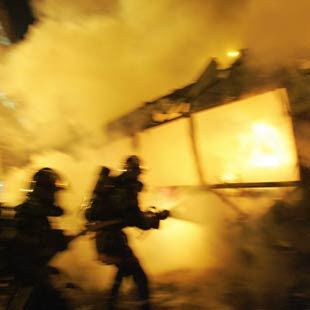 "Being a physician living in Europe, in one of the countries where 'social justice' (over here it is still called 'the welfare state') has been functioning for three generations now, I feel I am in a position to support some of [Panda Bear, M.D.’s] remarks in the original article.

Yes, the system is still functioning. But the proportion of the nation living entirely of welfare is growing every year, and that even before the demographic crisis has hit us. I’m talking about adults with no real disease, handicap or dysfunction, unless you feel that being work-shy is a diagnosis.

The system is by now threatening to break down under the strain. Every attempt to reform it, is however defeated because the recipients of welfare is such a large voting block now that they actually wield political power.

Perhaps you think that the welfare state at least gives us freedom from seeing beggars in the streets or prostitutes in the parks; - no, it doesn’t, as any tourist to any major European city will see for himself. The system does not deliver what it promised to do.

And why is that? Because the system never took into account the factor that is called greed. Even a person who, although of sound mind and body, receives a fat check every month without doing a day’s work, still wants more…and then, when she gets more, she will want more still."