My Ex Dreamed Of Sex With Bill Clinton (She Should Have Been His Girl) I'm More Like Christopher Hitchens: I Want Out Of Their Whole Sleazy World*

"She did seduce a married man, damage the presidency for the sake of casual sex, lie frequently and insouciantly, and blab her 'secret' affair to anyone who'd listen." 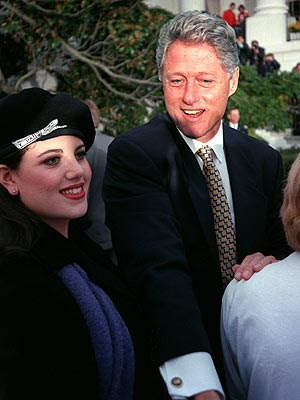 "[Monica Lewinsky] was,...sexually exploited by her older, sleazy boss; had her reputation smeared by Clinton's lackeys."

"[Betty Currie, Clinton's Secretary] knew Clinton's history when she took her job then enabled Clinton's sleaziness anyway. She stood by while Clinton cuckolded his wife and perhaps even helped him commit obstruction of justice. And did she protest? Not as far as we have heard. Did she quit on principle? No. Currie may not be [Monicagate's] chief malefactor, but nor is she the saintly innocent that the American public believes her to be."

"George Stephanopoulos has become a white knight,...the former Clinton aide who had the courage to turn on his boss. And bravo to George for chastising Clinton! But it smacks of hypocrisy for Stephanopoulos to 'discover' in 1998 that Clinton is a lying, womanizing dog. He has, after all known this since 1992. Back then Stephanopoulos himself helped quell bimbo eruptions and parroted Clinton's lying denials. He has never shouldered blame for those deceptions. And while loyalty isn't a universal good, it was opportunistic for Stephanopoulos to betray Clinton just at the moment Clinton's stock was about to plunge." 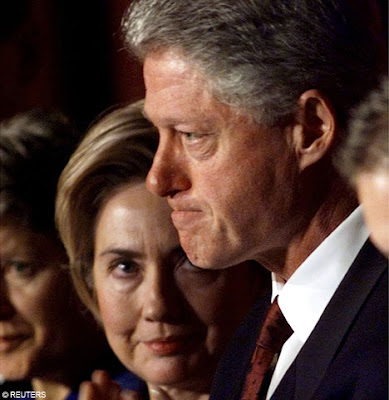 "The reason [Hillary Clinton's] a U.S. senator, the reason she's a candidate for president, the reason she may be a front-runner is her husband messed around."

"Monicagate is the last thing [Hillary Clinton] wants to hear about, especially now. Which probably helps explain why its anniversary has gone ignored in the press. The whole subject is a source-killer for any journalist who wants to cover Hillary's presidential campaign." 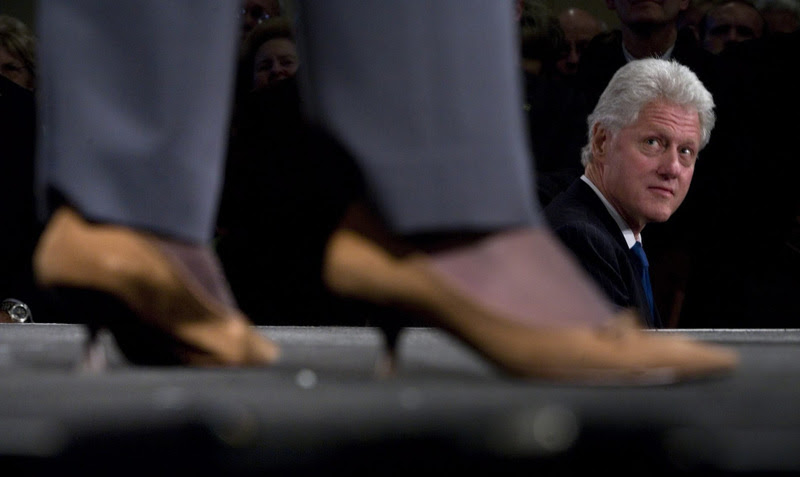 "a) [Hillary Clinton] knew what a lech [Bill Clinton] was, yet always protected him.

b) [Hillary Clinton] may have always known the truth about Lewinsky, yet still lied to protect Bill.

"[Hillary Clinton is] indifferent to truth, willing to use police-state tactics and vulgar libels against inconvenient witnesses, hopeless on health care, and flippant and fast and loose with national security: The case against Hillary Clinton for president is open-and-shut. Of course, against all these considerations you might prefer the newly fashionable and more media-weighty notion that if you don't show her enough appreciation, and after all she's done for us, she may cry." 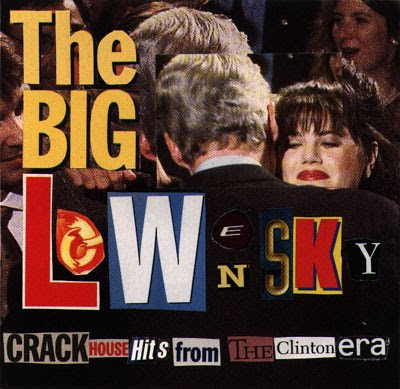 On this 10th Anniversary of the Monica Lewinsky Scandal (and the release of my underground classic, The Big Lowensky: Crackhouse Hits From the Clinton Era) I dedicate this post to my New Age ex from Wissembourg, France, Karine Anne Brunck (who did dream about having sex with Bill Clinton - and the pimp-like former mayor of San Francisco, Willie Brown) and all of her post-adultery supporters - and the New Age Clintons and all of theirs:

Thanks for "raising the energy of the planet" to the point where, with my new "higher level of consciousness", it's ensured that my world will be as sick, and sleazy, a place to live as yours.