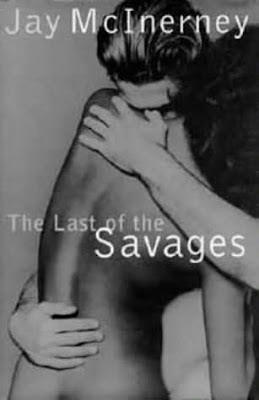 "Yesterday evening, the entry for Jay McInerney's book Story of My Life contained the tidbit that his inspiration for protagonist Allison Poole, whom he has described as "an ostensibly jaded, cocaine-addled, sexually voracious 20-year-old," is none other than his ex-girlfriend Rielle Hunter, who just happens to be the woman with whom Edwards is allegedly cheating on his cancer-stricken wife. Today, that little nugget has been deleted."

-- Walker Boyd, on the busy little Left-wing beavers at Wikipedia - and with some choice quotes from McInerney's book - over at Radar Online

Message to Democrats: this won't work, people - what do you think you're doing? How many times must it be repeated that the cover-up is always worse than the crime? You NewAgers will never learn.

I said long ago, the Democratic Party would bring down Obama, and you guys are making it happen right before my eyes. It's incredible - and incredibly stupid. One slip-up - just one - and your whole house of tarot cards is going to come tumbling down.

The American people* won't stand for it.

*Special message to those who are donating money:

Fuck - you assholes are making me feel humbled. (That's new.) Thank you. And, I promise, I'll try to keep up my end. Assholes. (Smile)