Turn Out The Light (More Cult Of Obama) 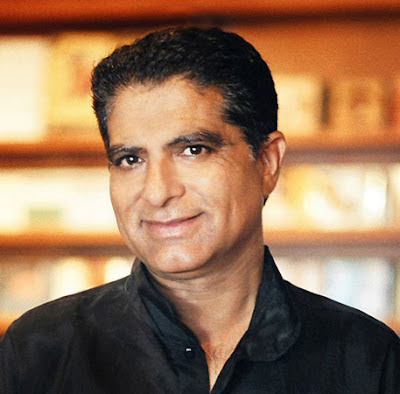 The best-selling American new age guru Deepak Chopra* is fond of the word "quantum": reading his work, one begins to suspect that he has it set up as a shortcut in Microsoft Word, so that he doesn't have to type it out in full every time he wants to refer to "quantum health", "quantum healing" or "the quantum mind".

*Don't forget: this is the same Deepak Chopra who first came to our attention when he was busted for sneaking a Maharishi-backed paper full of bogus B.S. into the Journal of American Medicine - TMR. 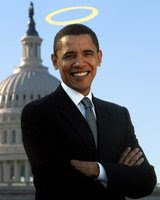 This kind of thing makes physicists want to sob uncontrollably, so they've learned to ignore him. But not long ago, Chopra used the word in a new context that bears closer inspection: if Barack Obama enters the White House as president next January, he declared, "it will represent a quantum leap in American consciousness"*.

*Which has always been a goal of the American public,....

Chopra, it turns out, is far from alone. A curious side-story in this year's election campaign is that the new age movement in the US has embraced Obama even more fervently than most of his supporters. New agers are traditionally liberal, so it's no surprise that they're backing the Democratic candidate. But the question that's been gathering steam among them in recent weeks goes much further than that, and brings - shall we say - a whole other dimension to the race: could Obama be a "lightworker"?

"New agers are traditionally liberal,..."? You don't say! I always thought they were rock-ribbed traditionalists! 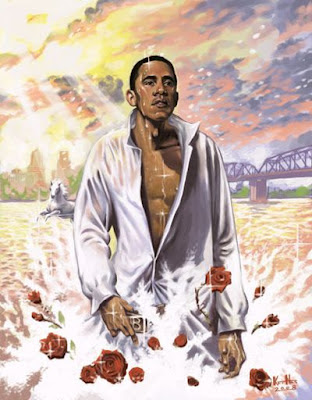 "Many spiritually advanced people* I know ... identify Obama as a lightworker, that rare kind of attuned being who [can] actually help usher in a new way of being on the planet," wrote the San Francisco Chronicle columnist Mark Morford in a piece headlined "Is Obama an Enlightened Being?" On the higher astral planes of the blogosphere, the notion met with enthusiasm. "He may play a major role," one blogger wrote, "in bringing us to [what] the Hopi Indians call the Great Shift." The endorsement of Oprah Winfrey, increasingly involved in new age spirituality, underscored the point.

*And if these people are "spiritually advanced," what does that make you? 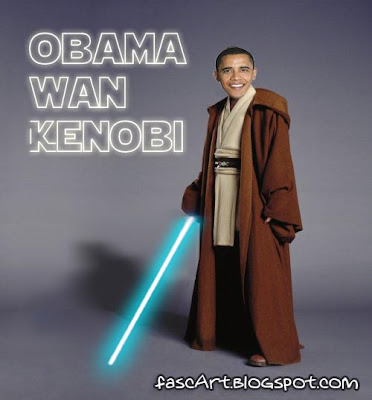 The cultish side of Obama-worship has been noted before: the online magazine Slate has been running an Obama Messiah Watch, as has a blog, obamamessiah.blogspot.com. Star Wars creator George Lucas said - perhaps facetiously - that he thought it "reasonably obvious" that Obama was a Jedi knight. But the Obama-as-lightworker notion is more than a matter of tone. We're talking about the dawning of the age of aquarius.

He's leaving out CNN, FOX, etc. - and, of course, TMR - but in a country known for burning David Koresh and his followers, jailing Charlie Manson and his, and the mass suicides of Heaven's Gate and the People's Temple, who can complain about the "cultish side" of anything in America? 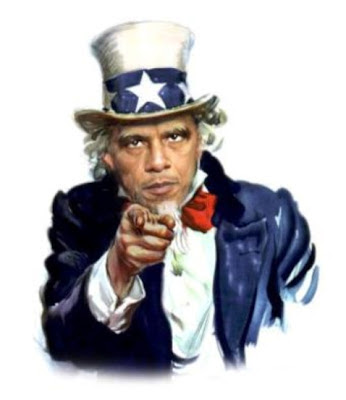 New agers are often unfairly maligned*: look at life through a slightly different lens, and you instantly get associated with a tiny handful of crystals-cure-cancer maniacs. But if they want their preferred candidate to win, they might consider keeping quiet for now. Already, the right, in the form of unhinged pundit Michelle Malkin, has started exploiting the story to mock the Democrats. And Obama has quite enough to do to fight the threat of pigeonholing - as "the black candidate", "the elite candidate" - without becoming the kooky candidate too**.

*Who says it's unfair?