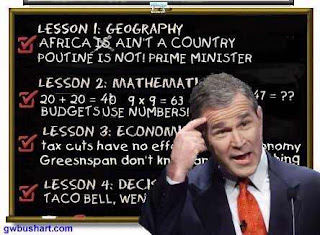 "The Bush administration is the most radical - in a positive sense - in its approach to Africa since Kennedy,...It was probably unexpected of the man. It was expected of the nation, but not of the man,...What's in it for [Mr. Bush]? Absolutely nothing." 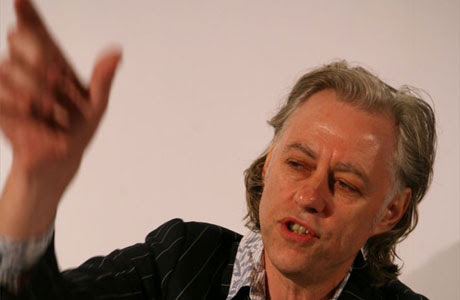 Mr. Geldof said that the president has failed "to [brag about] this to Americans" but said he is also "pissed off" at the press for their failure to report on this good news story.

"You guys didn't pay attention,...Clinton was a good guy, but he did fuck all,...The EU have been pathetic and appalling, and I thought we had dealt with that 20 years ago when the electorate of our countries said never again,...The last time I spoke to the EU's aid people, they didn't even know where their own ships were. The food is there, get it here."

- Various reported quotes from Bob Geldof (leader/singer for the Boomtown Rats, organizer of LIVE AID, and self-appointed activist for Africa) with some from the (Moonie owned) Washington Times

One more, to make the point crystal clear:

"Clinton talked the talk and did diddly squat, whereas Bush doesn't talk, but does deliver."