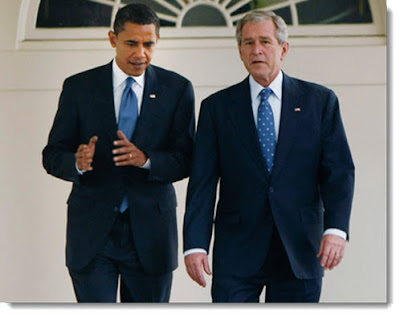 It's clear that some people online, and in my personal life, can't understand how I - an avowed anti-cultist - can support George W. Bush. "Don't you know he's 'born again'?" they ask. "What about those missing WMDs?" I've even picked up a new (anonymous) friend who asked if I thought the president was a cultist.

This new friend added some links (seriously) to back up his view that George W. Bush, the President of the United States, is indeed a cult leader. So, since he went to the trouble, I'm going to show them to you here, with my responses, and following that, I'll add further commentary about the public's reaction to our current Commander and Chief: 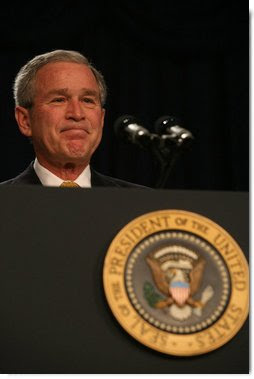 Proof of the president's cultism - His Religious Beliefs:

Bush says God chose him to lead his nation.

O.K., yea, I know Bush is "born again" (Old News) but I also know he's made no effort to push his beliefs on me, or anyone else, like NewAgers have. As a matter of fact, the "born again" crowd has been pissed at him for not giving them anything but rhetoric. And we all know Karl Rove is an atheist, so, between those two facts, the idea of Georgie Boy as a cult leader starts to fall apart pretty quick, because a cult's followers ain't pissed about shit the leader does, and, of course, there's absolutely no room for non-believers in a cult. 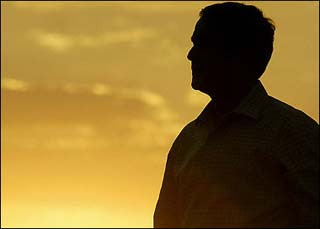 Proof of the president's cultism - The Bush Pledge:

"I want you to stand, raise your right hands," and recite "the Bush Pledge," said Florida state Sen. Ken Pruitt. The assembled mass of about 2,000 in this Treasure Coast town about an hour north of West Palm Beach dutifully rose, arms aloft, and repeated after Pruitt: "I care about freedom and liberty. I care about my family. I care about my country. Because I care, I promise to work hard to re-elect, re-elect George W. Bush as president of the United States."

At first, I didn't even follow this link because of how stupid it is. Only an idiot would think swearing fidelity to freedom and liberty, your family, and your country, is cultish. Like Chris Rock said, about fathers who brag they take care of their kids, "that's what you're supposed to do, you stupid mothafuckas!"

Not understanding that freedom and liberty are our heritage as Americans - and worth defending - is what's loony. Withdrawing from your family is a pretty good sign they need to call a deprogrammer. Chomping at the bit, to bring your own country low during a war, is another good sign you're a victim of cultish thinking. Not a sign of cultism in Bush.

Proof of the president's cultism - The Hitler Trick:

“See in my line of work,” Bush told students in Rochester New York on May 24, 2005,“you got to keep repeating things over and over and over again for the truth to sink in, to kind of catapult the propaganda.” 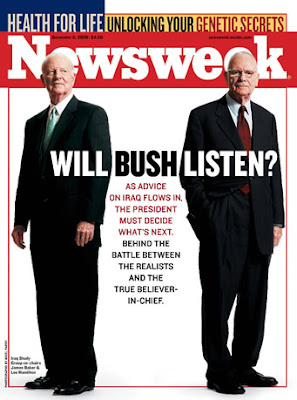 I found this one fascinating because it implies the Bush administration is like a bunch of Nazis, who only let one idea get out there, to be repeated endlessly. Like there's no massive amount of street-level Leftist propaganda for the president to deal with. I mean, come on. All I have to do is look outside at the bumper stickers on my neighbors cars to put the lie to that idea.

Just look at what's said about him in even a casual social setting: Bush has to deal with everything, from he's an "idiot" to he's an evil mastermind, and the Left acts like both messages are O.K. as long as they eventually get to hang him in the public square. There's no integrity in what they're saying at all, but, somehow, Bush is a bad guy for saying he's countering it by using "The Bully Pulpit"? I don't buy it. Sorry Guy, but that shit don't wash.

Proof of the president's cultism - His Blatant Lawlessness:

This quote is in relation to the Alberto Gonzales attorney firing fiasco - which, in my opinion, makes it bullshit as well. Gonzales had every right to fire anybody he wanted and the completion of that successful witch hunt doesn't change that fact. (Where was everybody when the same thing happened, in even larger numbers, during the Clinton administration? When it happened, then, the Republicans didn't say shit because they knew the score. But congressional Dems wanted a witch hunt and they got one, so, now, they want to crow Gonzales leaving was proof of a crime. It certainly wasn't.) Gonzales stepped down to shut the Democrats up, and give the president a break, because Gonzales sucked as a media figure. Nothing more.

If anything, that episode showed me just how craven, and hypocritical, the Democrats could become when they desperately wanted a "win". Whatever. Democrats have never played fair (and they hope nobody will notice) but that's politics for you. I hope it made 'em feel good in the short term, because election years are the days of reckoning, and everything that has happened will, most definitely, return to haunt their party on the road to the White House.

Face it: Taken together, artfully stacking all this stuff up can make it look like there's something there - not about cultism but some kind of, murky, almost-unidentified crime or another. But when you look at the real issues, it's really just so much BS. But everything the Left thinks about the president is that way - lots of murky charges, against a fictional figure, but no actual crime against a real person - and that's a big part of why I like the prez:

In the face of such nonsense, the real living breathing man maintains his integrity by heroically standing his ground, and putting something larger - like the interest of the country - above his own political welfare. And it's examples like his that remind people like me how much more important it is to be a good man than to desire being liked by an unruly mob of cowardly, relativistic, paranoid losers who, right or wrong, will do just about anything for what ultimately amounts to almost nothing. 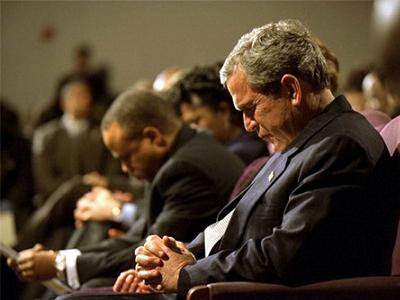 Listen, I have friends who believe in all the major religions, but (like Christopher Hitchens, above) I've lost very few of them since revealing the extent of my atheism. (Which is a real, life-long, atheism. Not the kind where you reject mainstream religion and then replace it with some other spiritual nonsense or being an agnostic.) For me, there's been no litmus test at all from the mainstream believers in my life. But I've lost the vast majority of my liberal and NewAge friends over it. And, starting with the malicious actions of my ex-wife, the NewAgers I've known have treated me in the most outrageous, evil, and malicious, fashion I've ever encountered in my life. And I'm not alone in saying the "peace and love" crowd is capable of that.

NewAgers are the fascists of our time, that much is clear, because I've seen they will kill, break off marriages, destroy friendships, engage in whispering campaigns, even insist others change their vocabulary, all to make themselves feel comfortable. They'll lie, cheat, steal, and do whatever else impulsively leaps into their heads to get their way.

It's their 60's 'spiritual" outlook or else,...and that "or else" means they're willing to destroy you. The idea of accepting there can be depth to another point of view - or even to acquiescing to parts of another point of view - is blasphemy to them. They can't even muster up enough courage to say "I'm sorry" when they're busted doing wrong - they just try to cover it up, switch the charge, change the subject, or abandon you. But the idea of simply correcting their mistakes is beyond them.

It's clear, to me at least, these current Democratic calls for "change" are only meant for others - liberals don't believe in it for themselves, at all. As someone who did a really fierce album against the war, I know what it took to challenge my own beliefs about the president - and really change - to, politically, get to where I am today. And that's too difficult - too much work - for the average liberal to want to undertake. You've got to try - really try - to get past the willingness to demonize the president; to see the human being for who he or she actually is: In this case, a nice guy, who's kinda goofy, but still capable of being extremely brave when it comes to doing the right thing for the country in dangerous times:

If Bush wasn't brave enough to attack Iraq when he did, we would've had to do it on someone else's timetable (probably the U.N.'s) and that would've been a sucker's bet.

If Bush wasn't brave enough to attack Iraq when he did, and the WMD had been there, Americans would've said he let the country down.

If Bush wasn't brave enough to attack Iraq when he did, we never would've been able to catch Al Qaeda off guard. And on and on and on.

Those are all things to be applauded, not vilified, as Democrats, liberals, NewAgers, and other cultists, have tried to do: George W. Bush has really come through - he's truly our Harry Truman - and I'm sure, in time, history will reward him for his efforts on our ungrateful nation's behalf. Hell, I'm as sure of that as I am my own friggin' name. And who am I to talk?

Baby, I'm The Crack Emcee - and this is: