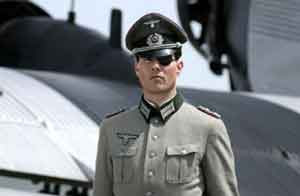 It's just amazing to me how the same words - "cult", "nazi", and "fascism" - keep popping up when I'm researching current forms of, post 60's, NewAge spirituality, and related "healthy" behaviors, but hardly anybody outside of the actual groups (or those casually associated with them, like people who meditate, or do yoga) bats an eye about those clear associations. I, for one, would never want to be associated with such groups - not even casually - having already given years of thought to the subject of what I'd do if I had lived in Germany during the Third Reich.

I know so many people who say they hate cults, nazis, and fascists, but it seems to me they spend more energy denying their existence, or have decided it's taboo to talk about them, than actually doing anything about them. Especially when those strains are advancing through these made-up quasi-religions. 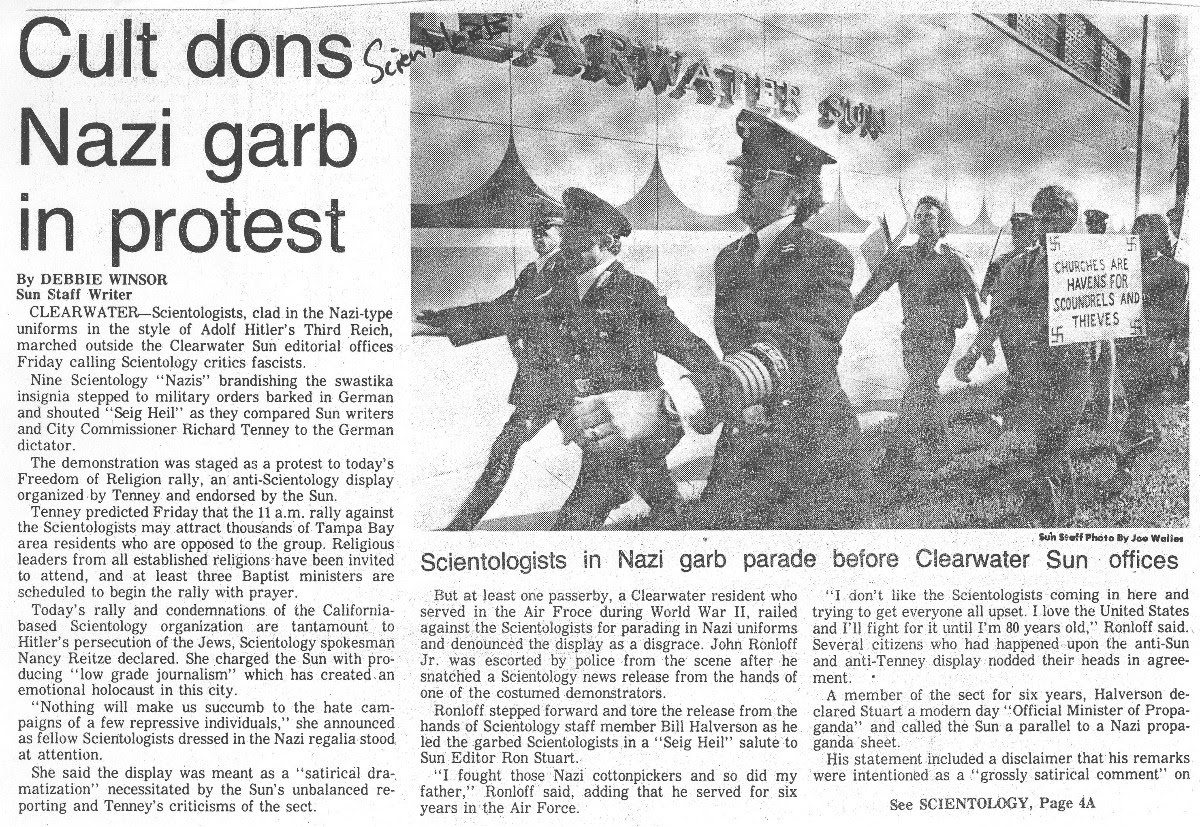 For instance, a bunch of former Scientologists have started a website, Scientology Victims Testimonies.com, where the word "Nazi" is thrown around pretty liberally. Except for in groups like Anonymous (which is finally starting to get some decent press coverage) where's the outrage? Why do Tom Cruise, John Travolta, etc., get a free ride from the media about what kind of "church" they're involved with? Why isn't the United States more hard-nosed like Germany?

The San Francisco Chronicle's Marshall Kilduff was asking, almost, the same thing in his editorial about the Bay Area and it's "churches", though I doubt if the paper - or the people of the Bay Area - plan on doing anything close to an investigation on them. (Despite people, like me, pounding the subject to death.) Fight Al Qaeda? Sure, kinda. Fight Al Qaeda-like groups at home? No, we'd rather embrace them, kinda. Or just keep quiet. That's the "open-minded" thing to do, tolerant bunch that we are.

I guess, like at the beginning of the Third Reich, we're in a super-happy world of cultish nazi fascists, and it's much better to just keep silent. And, if it was just about me, I probably would too.

But nowadays, in the face of this stupid NewAge form of Oprah-led, peer-enforced, Hippie-promised "peace and love", too many intelligent individuals - many of whom I find to be truly nice people - are starting to feel like they are the Jews, so I'm always going to stand with them. But really, as a student of history, that's not a difficult choice for me to make:

Like I said, I've already given this a lot of thought.