"The Kennedys recently endorsed Barack Obama, and Teddy Kennedy drew a parallel with President Kennedy -- a vision of a new Camelot rising like a phoenix from the ashes of the Bush administration. Either he was addressing the largest group of amnesiacs ever gathered in one place in history or the media and much of America have been eating funny mushrooms and are in the throes of a mass delusion. 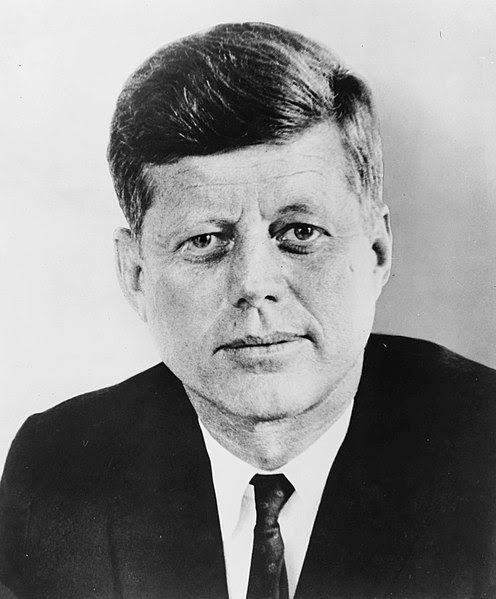 Back to reality: The late President Kennedy bears responsibility for the initiation of one of the bleakest episodes in modern American history -- the Vietnam War.

On the domestic front, he accomplished little, and his promises had to be delivered by President Johnson. He did, however, inaugurate the White House revolving door policy as far as women were concerned, and even in this area it needed a subsequent President -- Clinton -- to bring it to a point of perfection.

The liberals hug Robert Kennedy's memory, but choose not to remember that he personally authorized the wiretaps on Dr. Martin Luther King. He also carried on the President's policies, and as in many families, there were traditions; such as passing down clothing from an older to younger child -- only they did this with women. The most well-known of these involved the late Marilyn Monroe. After the President was through with her, he passed her down to Bobby. Eventually, as we all know, the poor woman killed herself.

There are, of course, the gaggle of Kennedy relatives who have been arrested and charged with everything from drunk driving, to rape, and even murder.

This, of course, brings us to the present Bloviator-in-Chief Teddy Kennedy,...He has killed someone -- and not while serving as a member of the armed forces. After a drunken party, he drove off a bridge and left his passenger Mary Jo Kopechne alone to drown to death, trapped in his car.

All of this makes us wonder at the judgment of Mr. Obama, or the American public. Camelot, once the fairy tale aspect is put aside, is as attractive as a cesspool -- and may even smell a lot worse.

Just a note to say, I'm not against Barack Obama - or the Kennedy's - but, politically, this blog is no place for kidding ourselves,...