Why Does Each Sorry Tale Of Betrayal By A Woman Always Sound Like It Follows The Same Familiar Sex-Money-And-Hatred Pattern? 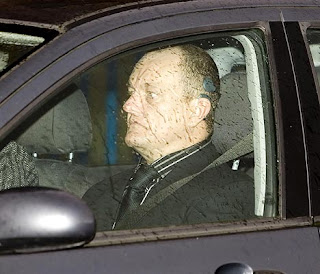 "I try not to think about her too much. If I do, I get too upset and I start to hate her for what she did to me. She has completely devastated my life. I don't think I will ever come to terms with it. How can I? She was my wife. I adored her and I thought she adored me, too. She used to wake me up in the middle of the night to tell me how much she loved me."

"I don't know how she feels when she sees what she did to me,...I can only assume she doesn't care,...it's as though I'm the one who did something wrong.

"She would have preferred it if I had died,...she cleaned me out,..and was moving to France to be with relatives,...five months later, she was living with a new guy,...that's how much she cared about me."

"She tried to make out in court that I was violent, but in all our married life I never raised a hand to her,...She said I'd brought on my medical problems by drinking too much, which is nonsense.

"It was just one of her many lies. She's a fantasist. I think she's ill and doesn't know the difference between right and wrong any more. She's somehow managed to convince herself that she didn't do it."

"My happiest memories are of going for a walk with my wife,...Kate and I were always telling each other that we loved each other and holding hands. I trusted her completely. We shared everything, or so I thought."

- Lee Knight (above) whose wife, Kate, attempted to poison him for "a six-figure sum". She put anti-freeze in a bottle of wine, causing his kidneys to fail, which left him partially paralyzed, almost deaf, and totally blind. I found his horrible tale in The Daily Mail.