You're A Dope: I'm A Rock Star (Not A Politician) 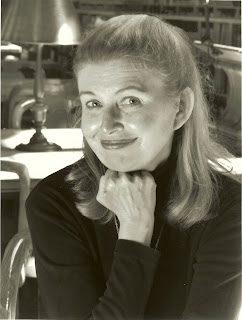 "BILL MOYERS: What does it say to you, Susan, that half of American adults believe in ghosts? Now I take these from your book. One-third believe in astrology. Three quarters believe in angels. And four-fifths believe in miracles.

SUSAN JACOBY: I think even more important than the fact that large numbers of Americans believe in ghosts or angels, that is part of some religious beliefs. Is the flip side is of this is that over half of Americans don't believe in evolution. And these things go together. Because what they do is they place science on a par almost with folk beliefs.

And I think-- if I may inveigh against myself, ourselves, I think the American media in particular has a lot to do with it. Because one of the things that really has gotten dumber about our culture the media constantly talks about truth as if it-- if it were always equidistant from two points. In other words, sometimes the truth is one-sided. 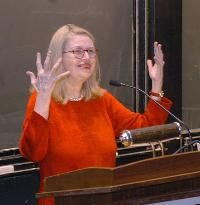 BILL MOYERS: When you wonder,...if any candidate has the will or courage to talk about ignorance as a political issue I find it hard to imagine a politician going very far, getting very far by telling his or her constituents--

BILL MOYERS: Yeah. You're ignorant. By ignorant you mean lack of knowledge, unaware.

BILL MOYERS: But I can't imagine a politician succeeded by saying, 'We're an ignorant culture and an ignorant people.'

SUSAN JACOBY: No. But I can imagine a politician succeeding by saying, 'We as a people have not lived up to our obligation to learn what we ought to learn to make informed decisions.' I can imagine candidates saying, "And we in the Congress have been guilty of that too." Because it's not just the public that's ignorant. We get the government we deserve.

In other words, you wouldn't say to people, 'You're a dope.'

- Taken from a transcript of a Bill Moyers conversation with Susan Jacoby (above) author of The Age Of Unreason
Posted by The Crack Emcee at 10:58 AM