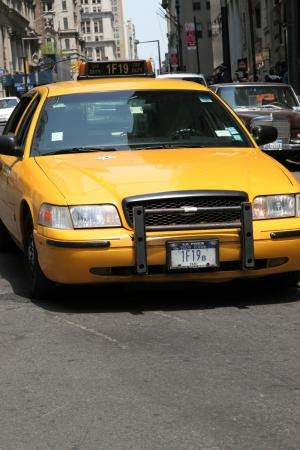 "A black man stands on a street corner in Manhattan and waves for a taxi, and the driver speeds by. Is this racism? The actor Danny Glover thought so, and he took his case to the public and city regulators, resulting in a citywide crackdown on wary cabbies in the late 1990s. But what if he got it wrong?

In 'The Race Card' Richard Thompson Ford, a professor at Stanford Law School, offers the cabdriver problem as a classic illustration of why racial prejudice is so hard to identify and address in an era he defines as postracist, when the social and legal meaning of racism, he writes, 'is in a state of crisis.'

Racism, Mr. Ford argues, has not disappeared, but the civil rights movement has made it contemptible in the eyes of most Americans. Changes in the law have introduced penalties for overt discrimination. Consequently, current racial conflicts tend to involve 'ambiguous facts and inscrutable motives.' They also encourage playing the race card to achieve emotional satisfaction or tactical advantage.

In the cabdriver phenomenon, for example, many drivers who refuse to stop for black passengers are themselves black, Mr. Ford points out, and others are Asian or Middle Eastern. Some are motivated not by antipathy toward blacks but by a fear of being asked to drive into a dangerous neighborhood. Some are rushing to return their cabs to the depot.

This may be racism, but of a special variety that Mr. Ford calls 'racism without racists.' Disproportionately, and because of past racism, black Americans live in dangerous neighborhoods, which nonracist cabdrivers might reasonably wish to avoid.

Similarly, when Oprah Winfrey, in a celebrated instance, was turned away from an Hermès shop in Paris, racism might or might not have been the cause. The circumstances suggested several reasons other than racism for why she was not let in: she arrived after closing, for example, and the store was preparing for a special event.

Sometimes life deals out injuries and setbacks. Not all rise to the level of a social problem requiring legal remedy. 'If both racism and a more innocent or more complex explanation are plausible causes of an incident, it’s just as wrong to insist on racism and refuse to consider the other possibility as it would be to deny the possibility of racism,' Mr. Ford writes.

Even so. 'If the reason for Oprah’s humiliation was that the incident at Hermès triggered memories of her past experiences with racism, then Oprah’s race was the reason she felt humiliated,' Mr. Ford writes. 'In this sense, Oprah was humiliated because of her race.'

Mr. Ford, a clear and lively writer, probes and prods and provokes as he steers his way through this contested terrain. He takes dead aim at racial opportunists, opponents of affirmative action, multiculturalists and the myriad rights organizations trying to hitch a ride on the successes of the black civil rights movement. All, in different ways, he argues, are playing the race card. All are harming the cause of civil rights.

In a chapter titled 'The Wild Card: Racism by Analogy' Mr. Ford energetically rejects claims that the overweight, the unattractive or people with tongue studs and blue hair should enjoy the same protections as racial minorities. 'Fat is not the new black,' reads one of the book’s blunt subheads. Smokers forced to puff outdoors are not victims of Jim Crow.

He also lambastes the Supreme Court for sowing confusion about race by insisting, since the late 1970s, on diversity rather than on integration (rejected as 'racial balancing') as the sole rationale for affirmative action in higher education. Mr. Ford does not like the term diversity. He finds it vague and its supposed pedagogical benefits empirically suspect. It is easy to imagine that accepting more black and Latino students into, say, law school or a sociology department might produce valuable new perspectives, but what about mathematics or medicine?

'Why not admissions preferences for born-again Christians or libertarians?' Mr. Ford asks.

Worse, Mr. Ford argues, proponents of diversity, to shore up their position, have been forced to emphasize racial differences and insist on the uniqueness of ethnic cultures, thereby undermining the inclusionary spirit of the traditional civil rights movement. He makes a spirited case for the old-fashioned goals of integration and assimilation. 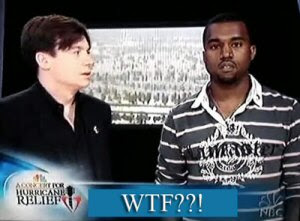 Mr. Ford can take a while to get to the point. Determined not to lull the jury, he reaches for arresting examples, spicing them up with a few puns and wisecracks, and digressing madly from time to time. It really is not necessary to explain commodity fetishism in describing Ms. Winfrey’s Hermès adventure, or to bring in Baron Haussmann and the history of slum clearance when explaining the aftermath of Hurricane Katrina (yet another example of racism without racists).

When he bears down, however, Mr. Ford is bracing. He clears away a lot of clutter, nonsense and bad faith. Best of all, he argues his humane, centrist position without apology or hesitation. Sticking to the middle of the road, after all, can be the fastest way to get where you’re going.

Mr. Ford wants to move beyond name calling and emotional point scoring. Let’s reserve the word racist, he suggests, for clear-cut instances of bigotry, and address more subtle problems of racial prejudice as we do air pollution, instead of rape or murder.

“\'We should begin by looking at racial injustice as a social problem to be solved collectively rather than as a series of discrete wrongs perpetrated by bad people,' he writes.

The struggle continues, but circumstances change, and so do minds. The civil rights movement, Mr. Ford argues, must now deal with the complexities of a world transformed by its successes. Retiring the race card, he suggests, would be a good first step. "

Getting yourself hung up on race is stupid - skin color is nothing to judge people on - all you can judge is what's in people's hearts, and it's best to hold: