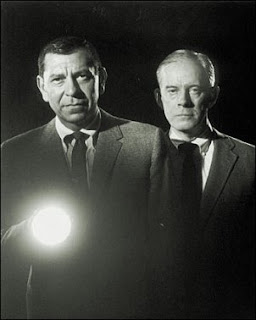 "According to the U.S. Department of Justice, in a given year there are about 88,000 documented cases of sexual abuse among juveniles. In the roughly 17,500 cases involving children between ages 6 and 11, strangers are the perpetrators just 5 percent of the time — and just 3 percent of the time when the victim is under age 6. (Further, more than a third of such molesters are themselves juveniles, who may not be true “predators” so much as confused or unruly teens.) Overall, the odds that one of America’s 48 million children under age 12 will encounter an adult pedophile at the local park are startlingly remote. The Child Molestation Research & Prevention Institute puts it like so: “Right now, 90 percent of our efforts go toward protecting our children from strangers, when what we need to do is to focus 90 percent of our efforts toward protecting children from the abusers who are not strangers.” That’s a diplomatic way of phrasing the uncomfortable but factually supported truth: that if your child is not molested in your own home — by you, your significant other, or someone else you invited in — chances are your child will never be molested anywhere. Media coverage has precisely inverted both the reality and the risk of child sexual assault. Along the way, it has also inverted the gender of the most tragic victims: Despite the unending parade of young female faces on TV, boys are more likely than girls to be killed in the course of such abuse.

* The current employment rate is 95.3 percent.
* Out of 300 million Americans, roughly 299.999954 million were not murdered today.
* Day after day, some 35,000 commercial flights traverse our skies without incident.
* The vast majority of college students who got drunk last weekend did not rape anyone, or kill themselves or anyone else in a DUI or hazing incident. On Monday, they got up and went to class, bleary-eyed but otherwise okay."

- The great Steve Salerno, author of SHAM: How the Self-Help Movement Made America Helpless, showing how far real life differs from the disastrous view delivered in the media
Posted by The Crack Emcee at 1:49 AM