Feelings. Nothing More Than Feelings,... 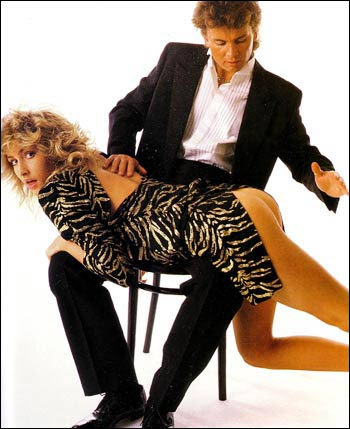 "She simply feels,...that her life was wrecked by her marriage to Paul McCartney."

- Phil Hall, former publicist for Heather Mills-McCartney. Heather is seeking a $10 million dollar divorce settlement from the Beatle, though (it was revealed this weekend) the reputed "gold-digger and a whore" was having "mind-blowing" sex with another man while they were dating.

And then there are the pornographic photos (I chose a "nice" one, above, but you can find more here) the paid threesomes with Arab princes, and Heather's first sister-in-law's memory of her as "Frankenstein's monster". I mean, really. Actually, now that I've written it all out, it's easy to see how Paul messed all that up.

Heather's "feelings" aside, rather than $10 million, the "facts" seem to scream that her divorce settlement should be $25.00 left on a nightstand somewhere.

And can somebody, please, answer me this:

Do the majority of women in the Western World allow their "feelings" to rule their lives? Or cloud their judgement to the point where they'll attempt to destroy the lives of any man they come in contact with? Are there women out there who are as sick of hearing about "feelings" being used as a ready-excuse for *anything* as I am?

Anybody?
Posted by The Crack Emcee at 8:57 AM