Gavin Newsom Is A Serious Nuisance (Because, Boy, It Sure Is Getting Hot Around Here,...)

"In his quest to make San Francisco the greenest city in the nation, Mayor Gavin Newsom recently created a $160,000-a-year job for a senior aide and gave him the ambitious-sounding title of director of climate protection initiatives.

One might expect someone with such an exalted handle to solve global warming and save the rain forest all in a day's work.

But the new climate protection initiatives director is just the latest person to join the city payroll in the name of tackling global climate woes, raising questions about whether environmentalism is becoming the latest excuse for a bloating government payroll.

San Francisco has two dozen other city employees already working directly on climate issues at a cost to taxpayers of hundreds of thousands of dollars.

'Although it sounds very well intentioned, and perhaps even necessary, I'm concerned this is a case where eco-chic has gone out of control,' said Supervisor Ross Mirkarimi, the only Green Party member on the Board of Supervisors." 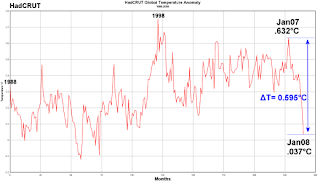 This caps a full year of temperature drop,..."

- From Anthony Watts, blogging for Watts Up With That? 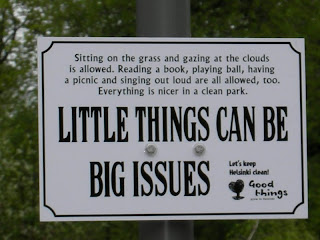 "If it gets any warmer around here, we’ll all freeze to death….."

- MattN, commenting on Watts Up With That?