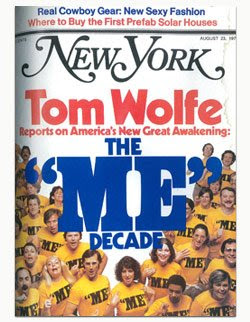 "It is entirely possible that in the long run historians will regard the entire New Left experience as not so much a political as a religious episode,...." [Underlined emphasis TMR's]

-- Tom Wolfe, who nailed the current Democratic Party's "spiritual" obsessions in his 1976 essay "The 'Me' Decade and the Third Great Awakening", for New York Magazine 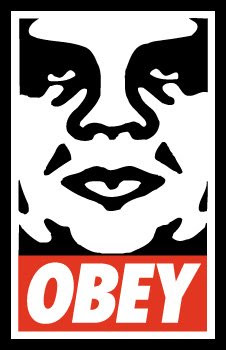 Everyone should read Wolfe's essay - not just because it's a hysterical comedy of errors - but as a very informative "spiritual" romp through the worst American decade in the modern era, which was the moment of inspiration for the latest wave of NewAge believers, the current Democratic leadership's cultism, and even John Edwards's confession he was "narcissistic" (in love with himself) when he fell for the "enlightened" Rielle Hunter.

If, like me, you find the Left "out there," then it's all right here. Dive in - but be sure not to have eaten for, at least, an hour.

"If the final sentence above doesn't alarm you, you haven't been paying sufficient attention. For your penance, say six Hail Marys and six Our Fathers, commune with your Inner Light for five hours, sign up for A Course in Miracles at your local Unity Church (or New Thought church of your choice), watch seven episodes of Oprah co-teaching with Eckhart Tolle, register your kid in a Walden School -- then go back to the first post here and read through the entire Mystic B archives! If that last bit doesn't work, swear an oath of lifelong celibacy and stay out of the gene pool.”