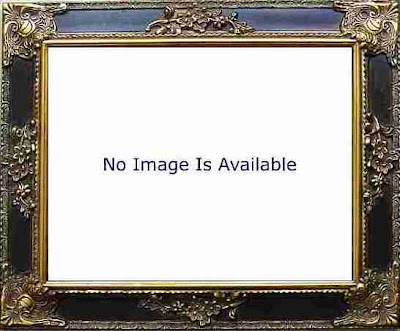 The worst thing about my viewing the innards of NewAge beliefs is discovering it's inherent lethality. The fist in the velvet glove. How they'll say it's all about peace and love and whatever in public but between each other talk about "washing away" those they don't like - and working, always behind our backs, to do just that.

My ex-wife (whether she knows it or not) was sexually abused, my mother-in-law was killed, and now I'm divorced and lost. I know I'm not alone. And I see society as complicit. Rhonda Byrne's "secret" is ripping off people and running away with millions and the response is muted at best. Louise Hay openly says she doesn't give a damn about right or wrong and knows she's inflicting lying charlatans, like Sylvia Browne, on the public - with the backing of PBS which supports her crap and that of others like Scientology - and nobody says a word in disagreement. Montel Williams helps out too. Oprah Winfrey leads an army of wealthy NewAge liars, and she's protected by the same generation of journalists who decided the American public needed to know about every NewAge idiot in the world - except the one John Edwards was doing - and everyone from The New York Times to The Huffington Post to The Daily Kos to Wikipedia was in on keeping what Edwards was doing from us all. Why? And exactly who all is in on it?

If we know they don't have our best interests at heart (and we do) then why does anyone else play along? To the point where they can run Barack Obama for president, with the phenomena of the "Cult of Obama" acknowledged in his run, and everybody acts like it's all so normal to witness cults in American politics and nobody bothers to investigate it. Of course not: the last time anybody decided to seriously investigate the cults in our politics, 900 Americans got killed, and all the cult's supporting politicians stayed in power.

Madonna's promoting Kabbalah, and more, with her network of friends? Why? Tom Cruise and Scientology - "the world's most dangerous cult"? Oprah leads seminars, with a schizophrenic fruitcake, on "The Power of Now" and nobody's curious as to why we have this? Rielle Hunter has no feelings for a woman dying of cancer and nobody gives a damn what kind of beliefs produce such people? Suzanne Summers ghoulishly tries to talk Christina Applegate out of cancer treatment? Louise Hay, the "mother of NewAge," says people who die in mass deserved it? Many in the Democratic Party want to be a "citizen of the world" while standing in opposition to American interests, all the while rattling on about "I'm trying to save the planet," when they took an oath to look out for the United States - and they do it to the lightest questioning from reporters in my lifetime.

Who are these people and what are they really doing to us? Who are these "journalists" that would willingly avoid such a huge story? And the most important question is the one I'm going to keep asking of my fellow Americans until my black ass gets a straight and satisfying answer:

What's wrong with you people?