Not Their Conservatism. Or The Emptiness Of His Words. Or The Thinness Of His Resume'. Or The Disaster Of His Past Projects. Or Oprah. Or,... 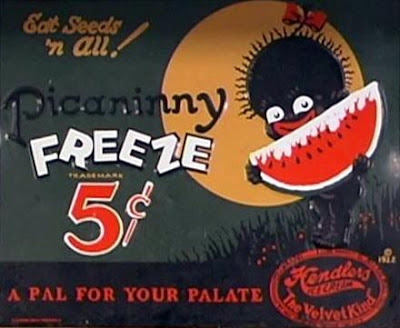 "If you break the numbers down, the reason Obama isn't ahead right now is that he trails badly among one group, older white voters. He does so for a simple reason: the color of his skin." 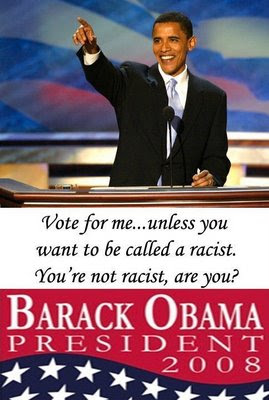 Slate should be really ashamed, I swear. I, for one, have had about as much "post-racialism" from these Barack supporters as I can stand. So much that my black ass is now going to present to all you "Americans" my own special, sacred, but uniquely Californian, "African-American" karmic slave chant* - passed down through secret channels directly from Harriet Tubman all the way to the hidden server all blacks share with Louis Farrakhan - which is guaranteed to make every power of those evil ol' white racists disappear right away. Here goes:

*Allow 24 hours for results, at which time you can meet me at Roscoe's Chicken & Waffles for an impromptu but off-the-hook celebration of our future racial conquests. Your treat.