Jim Carrey Is *Officially* A NewAge Punch Line (And His Girl's A Slut) Just Like John Edwards! 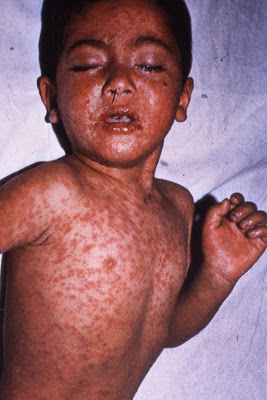 "More people had measles infections in the first seven months of this year than during any comparable period since 1996, and public health officials blamed growing numbers of parents who refuse to vaccinate their children. 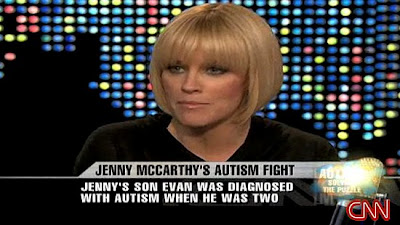 Many of these parents say they believe vaccines cause autism, even though multiple studies have found no reputable evidence to support such a claim. In Britain, Switzerland, Israel and Italy, measles outbreaks have soared, sickening thousands and causing at least two deaths. 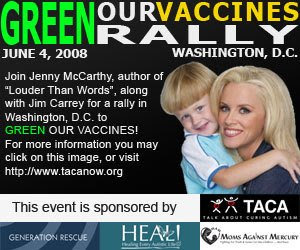 From January through July, 131 measles cases were reported to the Centers for Disease Control and Prevention from 15 states and the District of Columbia. Fifteen people, including four infants, were hospitalized. There were no deaths. Nearly all the cases resulted when people traveling abroad or visiting from a foreign country spread the illness to others. In Illinois, 30 people were sickened in one outbreak.

Most of those who were sickened were unvaccinated or had an unknown vaccination status. Sixteen were younger than a year old, too young to have been vaccinated. But two-thirds of the rest — or 63 people — were unvaccinated because of their or their parents’ philosophical or religious beliefs."

-- Gardiner Harris, covering the stupidest NewAge medical problem in modern history - facilitated by a crusade by comedian Jim Carrey and (of all people) his girlfriend, the former-porn star, Jenny McCarthy - for the New York Times 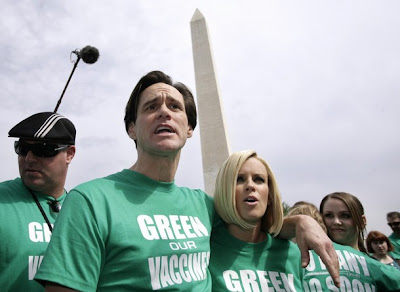 "Jim Carrey is maybe two years from becoming a punch line. But he's cool with that. 'Everyone gets to be the big joke for a year. That's this business,' he says. 'Last year it was Tom Cruise. I could be the next Kathie Lee Gifford. But you have to say to yourself, 'Wait a minute, dude, that's not you.'

You see, Carrey has found spiritual enlightenment, and it's so awesomely awesome that he just has to tell you about it. For hours. Even if you didn't ask. In fact, he has to write a book about it. 'It will be more representative of who I am than anything I've ever done,' he says. 'I feel like I know something.'"

-- Joel Stein, covering when Jim Carrey first became a NewAger - and started sounding like John "I want everyone to see the real me" Edwards - for Time Magazine

I wrote about Carrey and vaccines (which he doesn't know) once before here. NewAgers are too stupid to be leading anything. That they haven't killed any kids yet is a miracle.