Hell-ooooo!: TMR Said It FIRST (This Is A Cult) 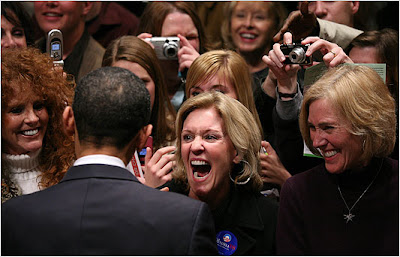 "Intense personal animosity toward Obama and the voters he is seen as representing has blossomed on the right. Whereas he was once the earnest and likable guy they pitied for having to face the Clinton Attack Machine, conservatives have now trained themselves to see Obama as an arrogant and elitist radical – and his supporters as members of a mindless, celebrity-worshiping cult."

-- Steve Kornacki, on the results of the latest Pew Research Polls, for The New York Observer

If someone I respected told me I was in a cult, I'd be worried about my mental state. But self-riotously narcissistic liberals are so used to saying "I don't care" - to anyone, and everyone, over anything - they're preparing to jump over a cliff and destroy the historic Democratic Party for a nobody, simply because he's black - all the while claiming race had nothing to do with it. (A bald-faced lie that anyone politically aware can see through.)

Oh well. I, for one, was prepared for this madness. I've been saying all along the leadership of the American Left is, clearly, under cult control:

The Netroots's The Daily Kos and My Direct Democracy are hooked up with the astrologer, Jerome Armstrong.

Bill Clinton quotes cult leaders, like Ken Wilber, and even did a speaking tour with the fire-walking fraud, Tony Robbins.

The Huffington Post's Arianna Huffington is very-cozy "friends" with the cult leader, John-Roger. 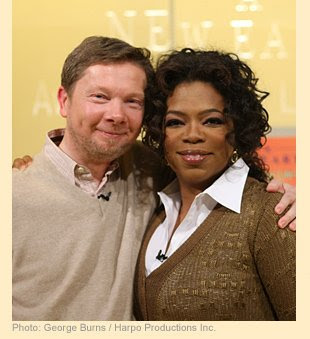 Barack Obama has Oprah, the followers of The Secret's Rhonda Byrne and The Power of Now's Eckhart Tolle, and the Maharishi's meditation cult.

And Dennis Kucinich is bringing up the rear with Shirley McClaine and the believers in U.F.O.s.

And, obviously, that's not all of them. Find the relevant tags, on the lower right of this blog, to find more proof of all my claims. (There's a "donate" button down there too,....)

Sorry kids, but you're being taken for a cultish ride, and, I guarantee, you will not like where they're leading you. Just look at poor John Edwards now that he's all wrapped up with (no surprise here:) bogus "healers," lying "intuitives," scam artist "psychics," and an assortment of loopy yoga enthusiasts.

Democrats should find all this cultism extremely troubling but, as is the nature of all cultists, they're choosing to ignore the obvious - and risk our country - in favor of defiance to Republicans. (And there's nobody that can claim I said it because I'm a racist.) What-ever, folks, it's your funeral. Your party. You can cry if you want to.

Face it: you're about to lose and lose bad. Whether it's Charles Manson or Barack Obama, there's absolutely nothing "good" that can come from being involved with cultism. Like John Edwards discovered, you're just backing into: 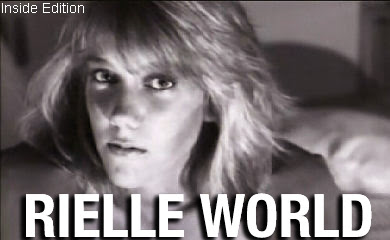