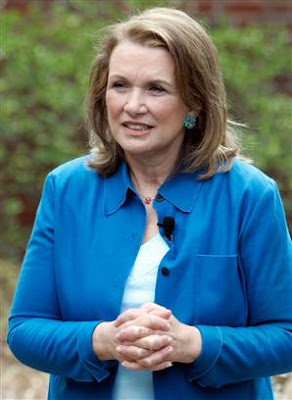 "On November 4, 2004, PT talked with Sat Siri Khalsa who says that she attended a political rally in which she was able to slip a note to Elizabeth Edwards asking for the candidates’ birth times. Sat Siri says Elizabeth Edwards smiled, walked over to the candidates and came back with the note on which Mrs. Edwards had written that John Kerry was born between midnight and 1 AM and that John Edwards was born at 7:23 AM." 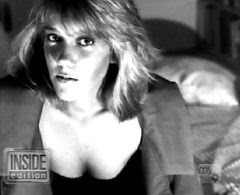 "'So tell me,' I asked, 'what do you think of Elizabeth Edwards?' 'I've only met her once,' Rielle said. 'She does not give off good energy. She didn't make eye contact with me.'

When I next saw Rielle weeks later, she told me that she'd been fired by the Edwards campaign. She seemed perfectly cheerful about it, but she proceeded to tell me a tale of woe—how the campaign hadn't understood her, how they'd ruined the Webisodes, how they'd impeded her vision and how Edwards himself had failed to defend her. The chief villain in this saga was Elizabeth Edwards. 'Someday,' Rielle said, 'the truth about her is going to come out.'

Jonathan Darman, hearing the "bad guy" is the only partially-normal person in this whole ugly saga of John Edwards's brush with NewAge, in Newsweek