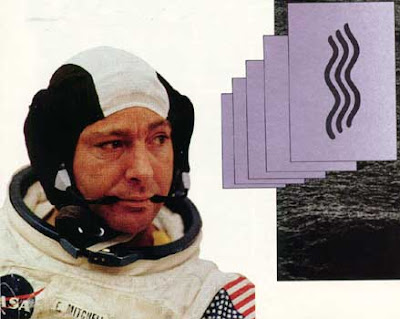 "EM: I did take my story to the Pentagon -- not NASA, but the Pentagon -- and asked for a meeting with the Intelligence Committee of the Joint Chiefs of Staff and got it. And told them my story and what I know and eventually had that confirmed by the admiral that I spoke with, that indeed what I was saying was true.

IK: You mean what had been told to you was true?

-- Irene Klotz, discovering that loudmouthed ufologist and Apollo astronaut, Edgar Mitchell, hasn't discovered what constitutes a real discovery yet, on (wouldn't you know it?) The Discovery Channel