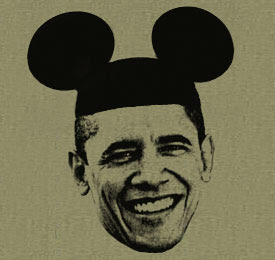 " It may seem hardly worthwhile going to the polls to vote this election year, since ACORN and the media have already decided that Barack Obama is to be the next President of the United States.

Still, it may take more than voter fraud and media spin to put Senator Obama in the White House. Most public opinion polls show Obama ahead, but not usually by decisive margins, and sometimes by a difference within the margin of error.

There has been a history of various polls over the years projecting bigger votes for the Democrats' presidential candidate in October than that candidate actually gets in November.

Some of these polls seem like they are not trying to report facts but to create an impression. One poll has been reported as using a sample consisting of 280 Republicans and 420 Democrats. No wonder Obama leads in a poll like that."

— Thomas Sowell, who will not let any media creation rock his sense of reality's sensation (sorry: couldn't help it) because black people need rhyming to explain Real Clear Politics.

So it's time for you to belly up to the bar, and give your support to: