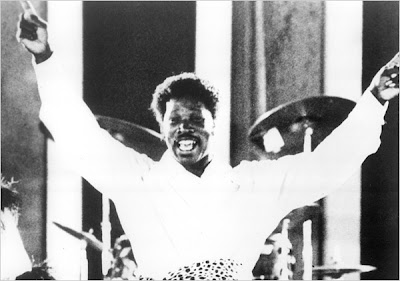 "Rudy Ray Moore, whose standup comedy, records and movies related earthy rhyming tales of a vivid gaggle of characters as they lurched from sexual escapade to sexual escapade in a boisterous tradition, born in Africa, that helped shape today’s hip-hop, died Sunday in Akron, Ohio. He was 81.

The cause was complications of diabetes, his Web site said.

Mr. Moore called himself the Godfather of Rap because of the number of hip-hop artists who used snippets of his recordings in theirs, performed with him or imitated him. These included Dr. Dre, Big Daddy Kane and 2 Live Crew."

— Douglas Martin, on one of the most beloved comedians in the black community, covered by The New York Times