Our Next President May Be A Bad Joke 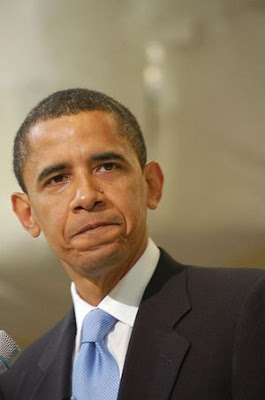 "If recent polls are to believed, freshman Senator Barack Obama has a better than average chance of becoming America’s 44th President, the Commander-in-Chief of the planet’s most powerful military, and the proverbial leader of the free world. It’s worth mentioning that just four years ago as President Bush and Senator John Kerry were vying for the White House, Obama was still a part-time State Senator representing a liberal district in Chicago. Before that he was an attorney and, famously, a community organizer. In 2008, Obama has positioned himself as a post-partisan, thoughtful moderate with the superior judgment required to lead the country. These are lofty promises from a man with precious little executive experience, and a Senate career that lasted exactly 143 legislative days before he launched yet another campaign for higher office. No one can deny his ambition. In fact, if Obama wins on November 4th—and serves one full term in the Oval Office—the Presidency of the United States would be the longest consecutively held full-time job he has ever held without seeking another.

Barack Obama promises 'change,' which is an appealing concept to an American public weary of a beleaguered administration and worried about the future. They are faced with a candidate who promises them everything: Tax cuts for 95% of Americans, universal healthcare, peace, saving the planet, and—according to his wife—the “healing” of Americans’ souls. As the saying goes, if something sounds too good to be true, it probably is."

— Guy Benson and Mary Katharine Ham, giving us "The Comprehensive Argument Against Barack Obama", which is more than just Hot Air