This Is What They'll Do To You 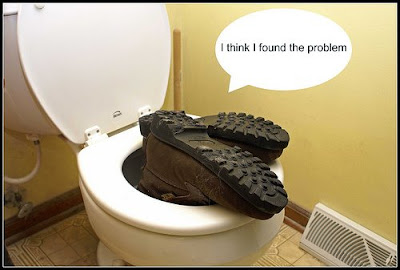 A state agency has revealed that its checks of computer systems for potential information on "Joe the Plumber" were more extensive than it first acknowledged.

Helen Jones-Kelley, director of the Ohio Department of Job and Family Services, disclosed today that computer inquiries on Samuel Joseph Wurzelbacher were not restricted to a child-support system.

The agency also checked Wurzelbacher in its computer systems to determine whether he was receiving welfare assistance or owed unemployment compensation taxes, she wrote.

Jones-Kelley made the revelations in a letter to Ohio Senate President Bill M. Harris, R-Ashland, who demanded answers on why state officials checked out Wurzelbacher.

Harris called the multiple records checks "questionable" and said he awaits more answers. "It's kind of like Big Brother is looking in your pocket," he said.

If state employees run checks on every person listed in newspaper stories as buying a business, "it must take a lot of people a lot of time to run these checks," he said. "Where do you draw the line?"

...Republican legislators have challenged Jones-Kelley's reason for checking on Wurzelbacher as "frightening" and flimsy.

Jones-Kelly also has denied any connections between the computer checks on Wurzelbacher and her support for Obama. She donated the maximum $2,500 this year to the Obama campaign....

— Randy Ludlow, showing the kind of "change" we'll get in the Age of Obama if we ask difficult questions, for the Columbus Dispatch

No, no, there's no connection at all,...except for the one everyone can see at: